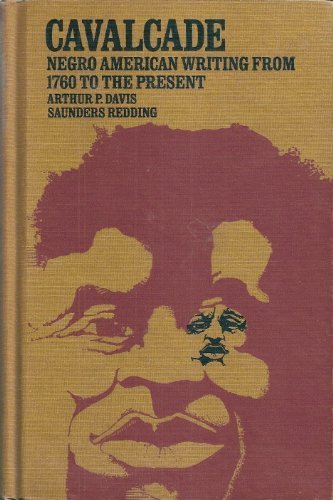 Cavalcade, Negro American Writing
From 1760 to the Present
Fair use image

Arthur Paul Davis was an African American university teacher, literary scholar, author, and editor, born November 21, 1904, to Andrew Davis and Francis (Nash) Davis in Hampton, Virginia. He was one of nine children. He married Clarice E. Winn on October 6, 1928 (d. 1978), and they had a son, Arthur Paul Davis, Jr. Arthur P. Davis, Sr. has one granddaughter, Audrey Paulette Davis.

In 1922, Arthur Paul Davis earned a high school diploma from Hampton Institute (Virginia). In 1923, he completed his freshman year at Howard University before transferring to Columbia University, where he completed a Bachelor of Arts in philosophy in 1927. He also became a member of the Phi Beta Kappa Honor Society at Columbia.

In 1942, Davis became the first Black student to earn a Ph.D. in English from Columbia University. His research focus was 18th century British Literature. Two years later, in 1944, he was named a full professor in the English department at Howard University. Davis remained at Howard until his retirement in 1980. During his tenure there, he supervised the first Ph.D. granted by the English Department in 1968. The degree went to his student Gregory U. Rigsby, who wrote “Negritude: A Critical Analysis.” In 1969, Davis was honored by Howard University with the rank of University Professor, and in 1984 Howard University awarded Dr. Davis an honorary doctorate in literature.

Literary scholar, indeed, Dr. Davis had numerous publications to his credit. They include his books The Negro Caravan (1941), Isaac Watts: His Life and Works (1943), Cavalcade: Negro American Writing from 1760 to the Present (co-edited, 1971). In 1974, he published From the Dark Tower. In 1975, he co-edited The New Negro Renaissance: An Anthology.

Dr. Davis also wrote a popular newspaper column called “With a Grain of Salt” from 1933 to 1950 for the African American newspaper, the Norfolk Journal and Guide. From 1972 to 1973, he was featured on Ebony Harvest, a radio program on African American literature. In 1975, he received an award from the College Language Association (CLA) for distinguished contribution to literary scholarship. In 1991, he was honored at a Howard symposium titled “African American Literary Judgments Reconsidered.” The following year the District of Columbia presented him with Martin Luther King Jr. Leadership Award for his career in education and writing.