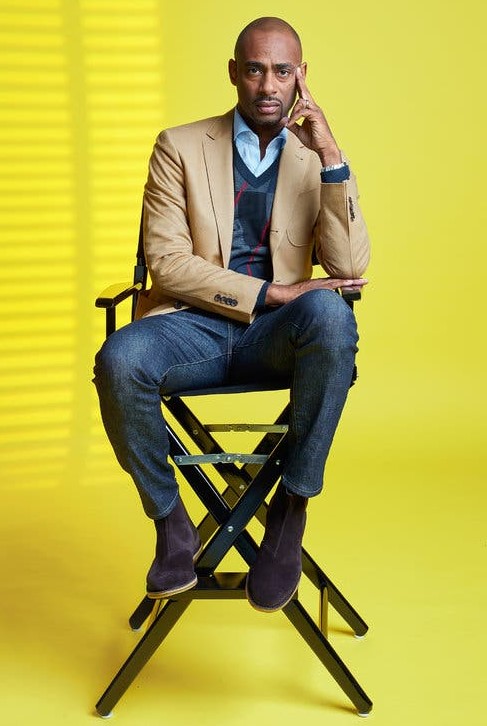 Charles King is a producer, visionary, trailblazer, angel investor, founder and Chief Executive Officer of MACRO, a Hollywood development and production studio founded in 2015. Born in Harlem, New York in 1969 to Dr. Winton King, a Bermudian and pediatrics resident at Harlem Hospitals at the time, and Frances King, who wrote novels and poetry.

King graduated from Southwest DeKalb high school in Decatur, Georgia. He then modeled in Nashville and Atlanta before becoming an undergraduate at Vanderbilt University where he studied Political Science and Government. He graduated from Vanderbilt with a Bachelor of Arts in 1991. Five years later in 1996 he received a Juris Doctor degree from Howard University Law School.

King has an extensive background that contributed to the development of his company, Macro. From June 1995 until December 1995 King was an in-house attorney at MTV Networks, then from 1995 to 1997 he held the same post at America Online (AOL) In 1997 at the age of 28, King was named Senior VP for Motion Pictures at the William Morris Agency (a leading talent agency), a position he held until 2009. Two years later in January 2017 he became the Co-Founder and General Partner at M Ventures, an early-stage venture firm that invests into technology companies that use software and the internet to create innovative consumer or enterprise products and solutions. In 2018 King became a member of THINK450, a for-profit licensing and business development entity wholly owned by the National Basketball Players Association (NBPA) and its members that maintains NBPA members’ control over their name, likeness, data, and intellectual property. In January 2019 King co-founded MaC Venture, a seed-stage venture capital firm that invests in technology startups that follow shifts in cultural trends and behaviors.

King founded MACRO in 2015. He said he wanted to focus on telling stories from and about people of color because there were few of these types of movies then coming from Hollywood. King’s vision and goals became apparent in his first film production in 2021, Judas and The Black Messiah which described the betrayal and assassination of then 21 years old Fred Hampton, chairman of the Black Panther chapter in Chicago, Illinois. The film received the BET Award for Best Movie of the year (2021). Daniel Kaluuya who starred in Judas and the Black Messiah received the Academy Award for Best Supporting Actor (2021), the Screen Actors Guild Award for Outstanding Performance (2021), and the Golden Globe Award for Best Supporting Actor – Motion Picture (2021).

Recognized as a trailblazer, innovator, dealmaker, angel investor and philanthropist, King is a member of the Academy of Motion Picture Arts & Sciences. King is also Vice Chair of College Track, a national college completion program founded in 1997 that assists students from underserved communities to graduate from college and he serves on the board of directors of the National Basketball Players Association, the Sundance Institute, and Think 450.