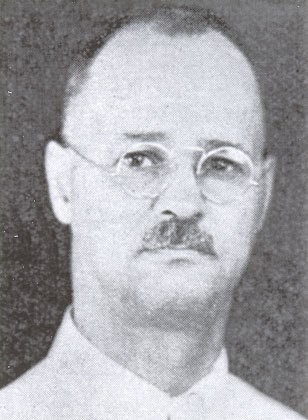 Nathanial Allison Murray was a founder (Jewel) of Alpha Phi Alpha Fraternity, Inc., and noted educator in Washington, D.C. Murray was born April 10, 1884, to Daniel Alexander Payne Murray and Anna Jane Evans Murray. His father, Daniel, was one of the first African American librarians for the Library of Congress and considered a leading authority on the Black American experience. His mother, Anna, was an educator and helped secure the first federal funding for kindergarten within the United States. Murray grew up surrounded by a small but prosperous Black upper class that people called Washington’s “Colored Aristocracy.”

Murray and some of his six siblings attended Armstrong Manual Training School, a vocational school his great uncle, Wilson Bruce Evans, an activist and businessman of Oberlin, Ohio, helped establish. In 1905 Murray left Washington, D.C., to attend Cornell University in Ithaca, New York. There he studied agriculture and got acquainted with other African American students at the school. He met and befriended Charles C. Poindexter, a graduate student and teaching assistant in the College of Agriculture. Murray joined a social studies club started by Poindexter.

In 1906, members of the club, including Murray, grew to believe their association needed to expand beyond the club level and proposed organizing a fraternity. Heated discussions for and against occurred at meetings over the latter half of the year. The membership finally decided on December 4, 1906, to become a fraternity named Alpha Phi Alpha Fraternity. Murray was fundamental to the proposal and key in the foundational organization of Alpha Phi Alpha Fraternity.

In 1911, upon completion of his studies, Murray left Cornell and returned to Washington, D.C. There he acquired a post at his former school, Armstrong Manual Training School, and served as an instructor in agriculture and biology for over 30 years. During this time, Murray married and had two daughters.

His involvement with Alpha Phi Alpha continued throughout his life. In Washington D.C., he, along with founding jewel Robert Harold Ogle and others, helped charter Mu Lambda (the Washington, D.C., alumni chapter). He was a regular speaker and leader in local and national issues involving the fraternity. In 1949, Murray moved to Los Angeles, California, and became affiliated with its alumni chapter. He continued to be a strong advocate for his beloved organization until his death on December 12, 1959, at the age of 75.