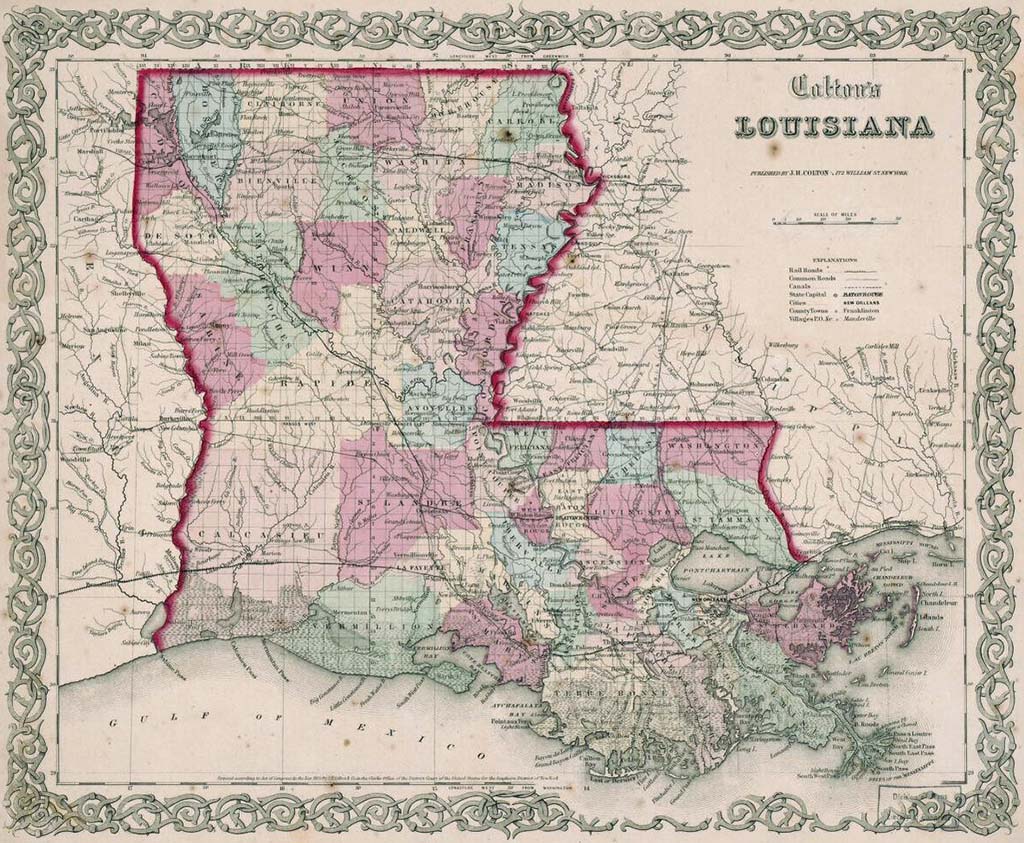 The Opelousas Massacre occurred on September 28, 1868 in Opelousas, St. Landry Parish, Louisiana. The event is also referred to as the Opelousas Riot by some historians. There is debate as to how many people were killed.  Conservative estimates made by contemporary observers indicated about 30 people died from the political violence.  Later historians have placed the total as closer to 150 or more.

While most Reconstruction-era violence was sparked by conflicts between black Republicans and white Democrats, the initial catalyst for the massacre was the attempt by some Opelousas blacks to join a Democratic political group in the neighboring town of Washington.  White Democrats in Opelousas, mainly members of the Seymour Knights, the local unit of the white supremacist organization Knights of the White Camellia, visited Washington to drive them out of the party.  In response Emerson Bentley, an Ohio-born white school teacher and editor of The Progress, a Republican newspaper in Opelousas, wrote what many local whites thought was a racially inflammatory article, describing violence that the Seymour Knights had used against the African American Democrats in Washington.  Bentley argued that such violence should persuade the blacks to remain loyal to the GOP.

Shortly after the article appeared, Bentley was assaulted–whipped and severely beaten–by a group of whites while he taught his class.  Bentley fled, literally running for his life for nearly three weeks before escaping back to the North.

Meanwhile, numerous reports circulated that Bentley had been killed in retaliation for his article. His mysterious absence was enough to support rumors of his death.  Black Republicans urged retaliatory violence on the Knights, who in turn viewed this as the beginning of the long anticipated, inevitable “Black Revolt” and race war.  The Knights of the White Camellia mobilized thousand of members. Both sides were armed and prepared for conflict as they gathered in Opelousas.

It is unclear as to who initiated the battle that began on September 28.  What is clear is that the white Democrats had the overwhelming advantage in numbers and weapons.  By the afternoon of September 28 the battle had become a massacre.  A number of blacks were shot and killed or captured and later executed.  Those who were not captured were chased into the swamps and killed on sight.  Twelve leaders of the black Republicans who surrendered were executed the next day on the edge of town.  Those executions seemed to encourage a wave of anti-black violence that spread throughout the parish.  No one will ever know how many people were killed, but the best estimate is that the number was at least 150 and may have exceeded that total.