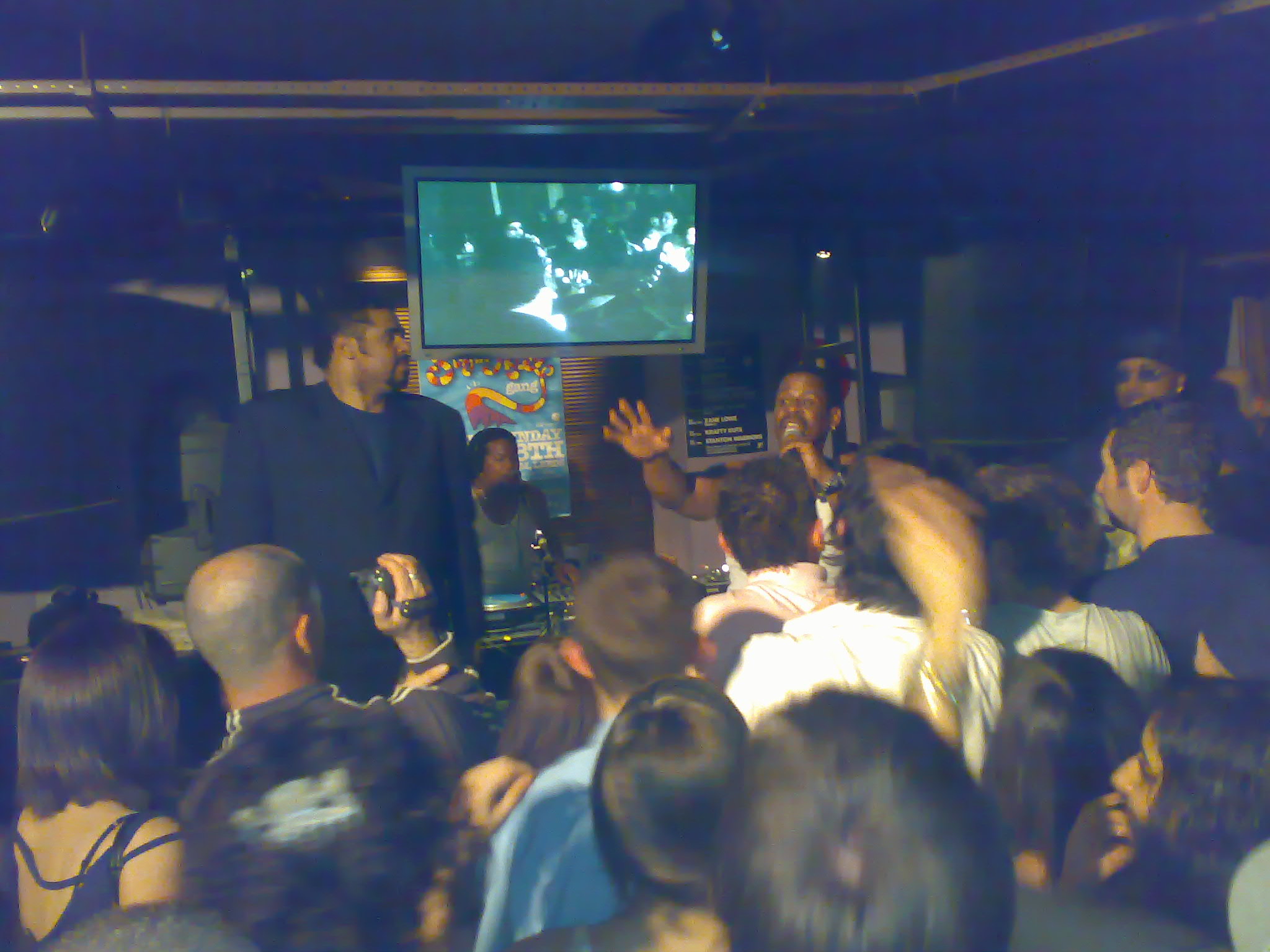 Wright, Jackson and O’Brien were discovered and signed to Sugar Hill Records by producer Sylvia Robinson and her husband, record tycoon, Joe Robinson. Sylvia Robinson had become aware of the large block parties that sprang up in the New York area, which featured a new style of music defined as underground hip hop.  Robinson met Wright, Jackson, and O’Brien at one of these parties where the three were performers and signed them to the Sugar Hill label.  They were given the stage name, Sugar Hill Gang and soon afterward they recorded “Rapper’s Delight.”

With a recording contract and air time on radio stations, the group easily became the most popular hip hop group in the country. In 1979 they also became the first hip hop group to perform on American Bandstand.  At the time “Rapper’s Delight” was ranked #36 hit on the U.S. pop chart and #4 on the Rhythm & Blues chart.
The lyrics to “Rapper’s Delight” sung by Big Bank Hank, were originally written by Grandmaster Caz, a former hip hop artist for Chic records. However, Grandmaster Caz did not receive any royalties for this. A lawsuit filed by Chic’s Nile Rodgers for copyright infringement was settled out of court in 1979.

Although “Rapper’s Delight” was an instant hit, the Sugar Hill Gang would never reach the top of the charts again. They released three albums: Sugar Hill Gang (1980), 8th Wonder (1982) and Jump on It (1999). Although considered to be a one hit wonder group, the Sugar Hill Gang opened doors for African Americans into the music industry through hip hop, a genre today dominated by African Americans. “Rapper’s Delight” is still a major influence today.  Rolling Stone Magazines ranked it #248 of the 500 Greatest Songs of All Time. The group continues to tour today.