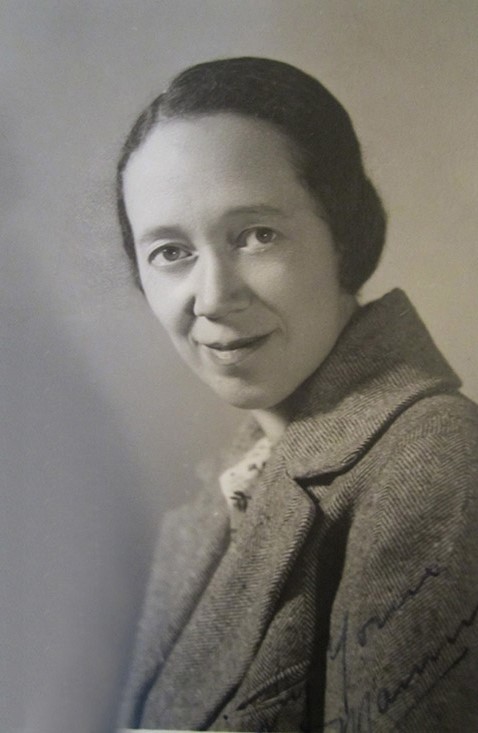 Drusilla Elizabeth (née Tandy) Nixon, civil rights activist, community advocate, and music educator, was born on July 15, 1899 in Toledo, Ohio, the daughter of Maud Grant Tandy and John Clifford Tandy.  She attended Toledo’s Waite High where she was the only black student in her class.  Drusilla wrote for the school magazine, was elected class novelist, and became the orchestra’s violinist and concertmaster.  Her musical talents won her first-place in a composers’ national contest.  Later she taught piano lessons—her most famous client was future California congresswoman Barbara Lee. Tandy attended the University of Toledo before it closed due to the 1918 worldwide influenza outbreak.

In 1920 Tandy moved to Knoxville, Tennessee and married attorney and East Tennessee News owner-editor Webster Porter.  After giving birth to Dorothy M.L. Porter (1922), Drusilla filed for divorce due to Porter’s physical abuse during the pregnancy and departed with Dorothy to Toledo.  She then married Ernest Attwell, Director of the National Recreation Association Bureau of Colored Work in Philadelphia, Pennsylvania.  That marriage failed and Drusilla secured prominent attorney Raymond Pace Alexander who arranged for the Attwell divorce to become final in Ciudad Juárez, México in 1935.  A few days later in Las Cruces, New Mexico, Drusilla married physician Lawrence Nixon who was already nationally prominent for his civil rights work in El Paso. The couple had two children: Drusilla Ann Nixon (1937) and Edna Angela Nixon (1939).

Drusilla Nixon quickly became involved in organizations in her new home town, El Paso, including the Black Girl Reserves, the Phyllis Wheatley Club, the United Service Organization, the YWCA board, Church Women United, and the Mental Health Board. She also joined the El Paso Council of Churches, the St. James Myrtle United Methodist Church, and the El Parks and Recreation board.

Nixon nonetheless continued her civil rights work. In 1961 at the age of 62, she helped formed the Citizens’ Committee on Human Relations.  The committee successfully lobbied the El Paso City Council to approve Ordinance 2698 in 1962 which desegregated restaurants, hotels, motels, and places of public entertainment throughout the city.  Because of this measure the national press proclaimed El Paso had “became the first entirely integrated city in Texas, the first in all the South and Southwest to come to terms with the most divisive issue of the republic.”

Drusilla Nixon died on May 10, 1990 at the age of 90. The El Paso Commission for Women inducted her posthumously as an honorary member to the City’s Hall of Fame.