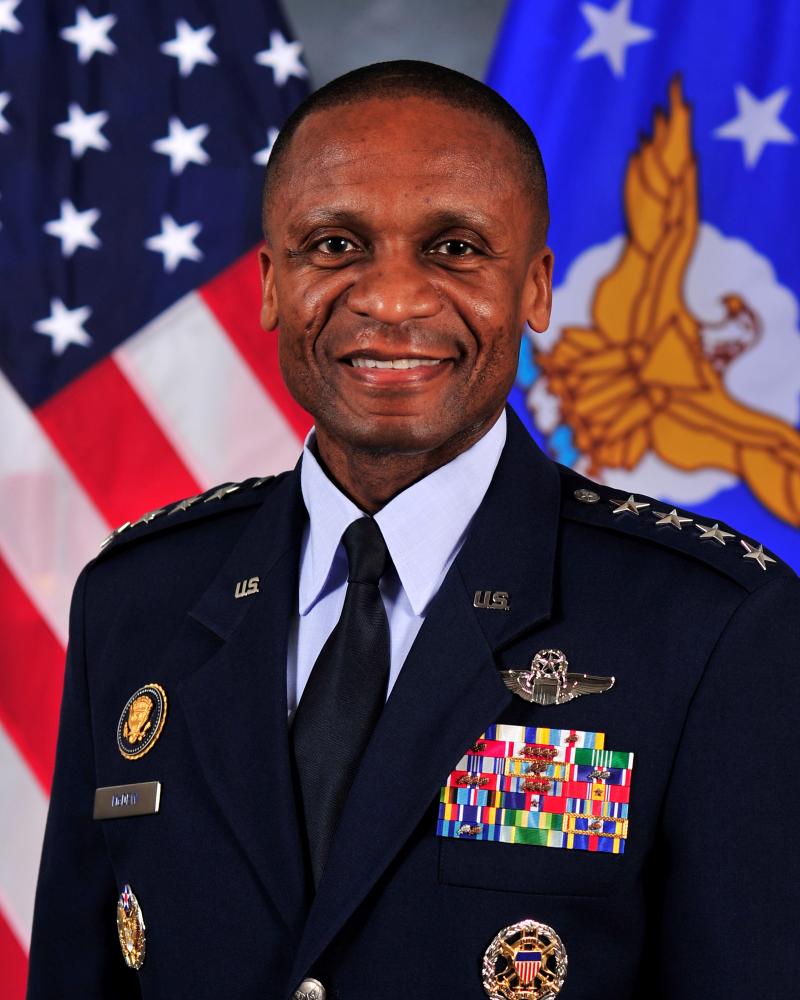 Air Force 4-star General Darren W. McDew was born in Rantoul, Illinois, on September 29, 1960. He graduated with a bachelor’s degree in engineering in 1982 from the Virginia Military Institute in Lexington, Virginia.

Upon being promoted to the rank of 4-star General on May 5, 2014, McDew took command of Air Mobility Unit at Fort Scott Air Force Base, in Illinois. The following year he served as Commander, United States Transportation Command (nicknamed USTRANSCOM) headquartered at Fort Scott, which provided air, land, and sea transportation for the Department of Defense during peacetime and war and moved personnel and materiel to destinations around the world. Under the United States Department of Defense, in heading USTRANSCOM, McDew is responsible for coordinating the Air Force’s Air Mobility Command, the Navy’s Military Sealift Command, and the Army’s Surface Deployment and Distribution Command.

Married since 1983 to the former Evelyn K. Massenburg, they have a daughter, Keisha, and a son, Keith, an officer in the United States Coast Guard.