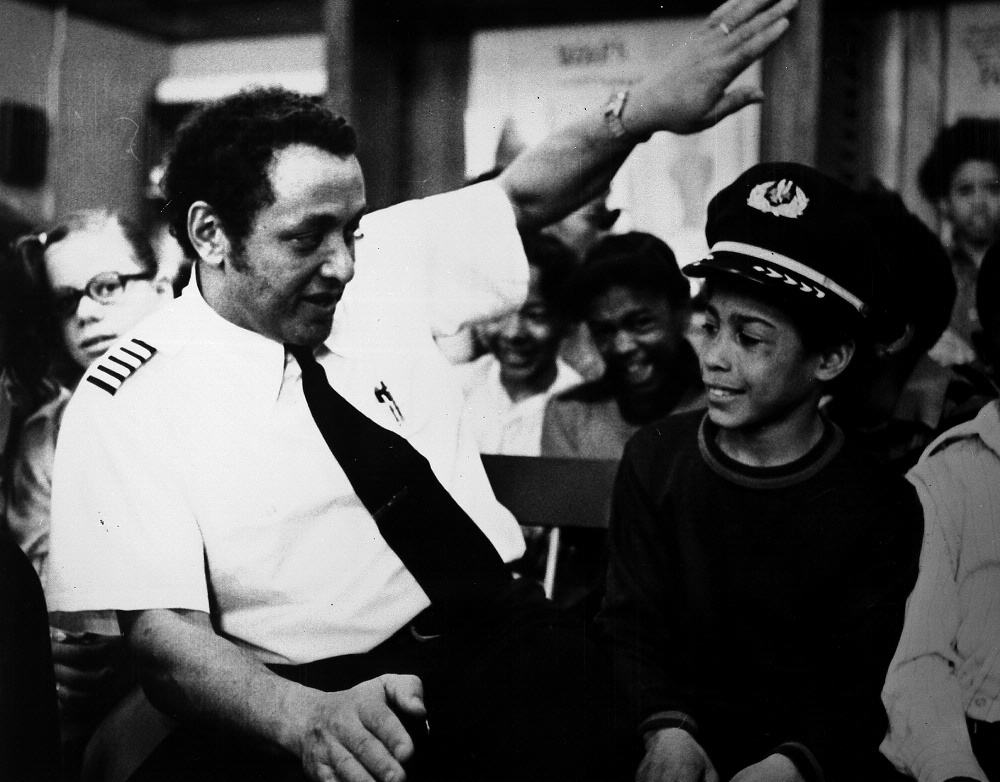 Pioneering African American airline pilot David E. Harris, a native of Columbus, Ohio, was born December 22, 1934, the son of Walter R. Harris and Ruth A. Estis Harris. He graduated from Ohio State University in 1957 with a degree in education.  While at the university he was initially rejected twice for the advanced Air Force ROTC (Reserve Officer Training Corps) program because of his race; he was eventually accepted and rose to cadet colonel. Harris joined the Air Force in 1958 and was assigned to bases in Florida, New York, and Texas, flying B-17 and B-52 bomber jets for the Strategic Air Command (SAC), reaching the rank of Captain.

Similar to many African American military officers, Harris and his family faced housing discrimination when he moved his family, wife Lynne Purdy Harris and their two children, to bases across the country. To better support his family, he left the Air Force in 1964 and applied for employment as a pilot at two airlines. Coincidentally, another African American former Air Force pilot, Marlon D. Green, had been fighting a protracted legal battle to force Continental Airlines to hire African Americans as pilots. The beneficiary of Green’s effort, along with that of Robert H. Gudger, a black personnel administrator at American Airlines, Harris was hired on December 3, 1964, as the first black commercial pilot to work for American, one of the nation’s major carriers. He completed the company’s nine-week training program before assuming duty as a co-pilot.

For the next thirty years, Harris flew the DC-6, 7, Lockheed Electra, BAC 111, Boeing 747, 727, 767, and the Airbus 300. By 1960 he had been promoted from Second Officer to Captain, and was quite satisfied with his treatment by the airlines, noting that it had encouraged him to spread the word that American Airlines was interesting in hiring more black pilots. At one point when Harris was teamed with a black First Officer, Herman Samuels, they were referred to as “Sam and Dave, the Soul Patrol.”

Harris’s most significant flight occurred when he flew the funeral charter for National Urban League executive director Whitney Young from Lagos, Nigeria, to New York City, a flight that also had other major civil rights leaders as passengers. Although Harris retired from commercial aviation in 1997, he continued his association with Negro Airmen International (NAI) and the Organization of Black Airline Pilots (OBAP), a group he once served as president. He and his family currently reside in Beverly, Massachusetts.