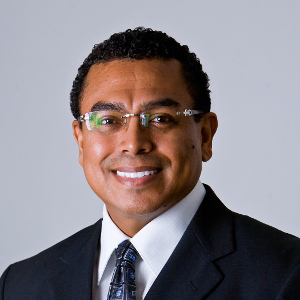 Mathematical physicist and university administrator Arlie O. Petters was born in the Central American city of Dangriga in the nation of Belize (formerly British Honduras) on February 21, 1964, the son of civil engineer Oswald Vasquez. His mother, Velina, left him when he was a child to work in the United States. Raised by his grandmother, Bernice Waight, at age thirteen Petters reunited with his mother and his stepfather, Cecil Petters, in Brooklyn, New York.

Upon graduating from Canarsie High School, in 1982 Petters entered Hunter College in New York City where, with the assistance of mentors and a Minority Access to Research Careers Scholarship, he completed an accelerated program to obtain a dual B.A./M.A. in mathematics and physics in 1986. His master’s thesis examined the mathematical theory of general relativity. Petters next studied for the doctorate in mathematics at the Massachusetts Institute of Technology. With the dissertation titled “Singularities in Gravitational Microlensing,” he was awarded the Ph.D. in 1991.

Recognized for his cutting-edge work in gravitational lensing, in 1994 he taught at the Max Planck Institute in Germany, and the following year Petters was hired as an assistant professor of mathematics at Princeton University in New Jersey. He also served co-director of graduate studies there from 1996 to 1998. Petters left Princeton in 1998 to be William and Sue Gross Associate Professor of Mathematics at Duke University in Durham, North Carolina. On the strength of his professional achievements, in 2009 he was promoted to Benjamin Powell Professor of Mathematics and Physics and Economics at Duke.

In 2001, Petters was the principal author of the book Singularity Theory and Gravitational Lensing. Praised for his competence in both physics and mathematics, one reviewer described the book as a comprehensive study that explains gravitational lensing to mathematicians while also analyzing pertinent singularity theory for astrophysicists. His second book as principal author, An Introduction to Mathematical Finance with Applications: Understanding and Building Financial Intuition (2016), was designed as a textbook for undergraduates. Among his published journal articles are those in the Journal of Mathematical Physics, Monthly Notices of the Royal Astronomical Society, General Relativity and Gravitation, Astronomy and Astrophysics, Physical Review D, and Astrophysics Journal. Petters has also authored books for budding scientists in his native Belize: high school editions of Scientific Reasoning and Algebra, Geometry, and Trigonometry, and PSE Mathematics for elementary schools, all published in Belize in 2007.

Lauded for both his professional attainments and his community service, his awards and recognitions include the Alfred P. Sloan Research Fellowship in Mathematics, Blackwell-Tapia Prize in Mathematical Science, Award for Service to the Educational Development of Belize, Membership in the Most Excellent Order of the British Empire, honorary doctorate from Hunter College, Fellow of the American Mathematical Society, and being 2012 Grand Marshal of the Central American Day Parade in Los Angeles, California. In 2010 he was made Chairman of the Council of Science Advisers to the Prime Minister of Belize. In 2016 he was named Dean of Academic Affairs for Trinity College of Arts and Sciences and Associate Vice Provost for Undergraduate Education at Duke University. Petters and his wife, Elizabeth, live in in Durham, North Carolina.