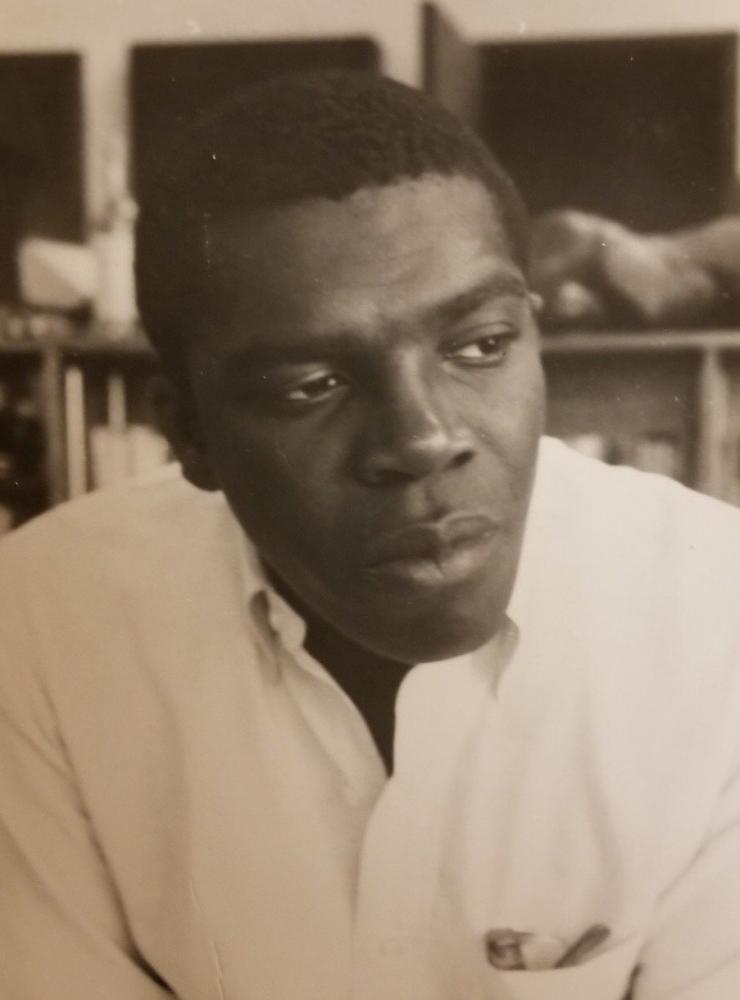 Charles Frederick McDew was a civil rights and community activist, teacher, labor organizer, and one of the founding members of the Student Nonviolent Coordinating Committee (SNCC) where he worked towards increasing black voter registration and racial desegregation. McDew was born on June 23, 1938, in Massillon, Ohio to Eva McDew, a nurse, and James McDew, a chemistry teacher turned steel mill worker.  He had four siblings, Mark, Eric, Randy and Brenda.

McDew expressed an interest in helping people from an early age. In the eighth grade he protested the violation of the religious freedom of Amish students in his hometown. In 1959, McDew wanted to attend the University of Michigan, where he planned to play football, but was convinced by his parents to instead go to South Carolina State University in Orangeburg, South Carolina, as his father had before him. Things were going well his first semester until he was on his way back to school after Thanksgiving. While driving back, he was stopped by a police officer. The two got into a fight, resulting in McDew’s going to jail with a broken arm and jaw. When he was released, McDew attempted to board a train. He was told that the black car was full, and he would have to sit in the baggage car. He refused and was again sent to jail. Making his way back to Orangeburg after his release, he took a shortcut through a park that was designated “whites only,” and was arrested for the third time in two days.

After these incidents McDew planned to leave the south. It was around this time (1960) that student led sit-ins began in neighboring North Carolina, and South Carolina State students started the Orangeburg Movement for Civic Improvement (OMCI). Word had gotten around about McDew’s reluctance to conform to Jim Crow laws, and the group asked him to be its spokesperson.

In 1960, McDew and other student activists met at a Youth Leadership conference at Shaw University in Raleigh, North Carolina. This meeting led to the formation of SNCC, after which McDew dropped out of school to work with the new group.  He was chairman of SNCC from 1961 to 1964, and he championed black voter registration as a means to curb white supremacist influence in the government. In 1964, the group’s work led to the Mississippi Freedom Summer, an attempt to increase black voter registration in the state, and the Mississippi Freedom Democratic Party, a group of blacks and whites who challenged Mississippi’s then exclusively white Democratic Party.

After his time as SNCC chairman, McDew returned to college to earn his bachelor’s degree from Roosevelt University in Chicago, Illinois. He then became a teacher, labor organizer, manager of anti-poverty programs, and community organizer.  As late as 2017, McDew taught African American history, and classes on the civil rights movement at Metropolitan State University in Minneapolis, Minnesota. Charles McDew died on April 3, 2018, in West Newton, Massachusetts at the age of 79. He is survived by his daughter Eva, and his partner Beryl Gilfix.