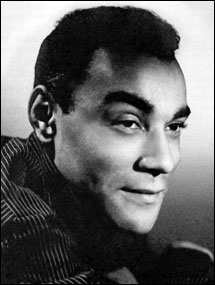 Clarence Matthew Baker, commonly known as Matt Baker, was one of the first successful black comic book artists. He was active during the Golden Age of Comics Books, roughly the 1930s to 1950s. During his career he drew more than 1,000 pages of comics and over 200 covers. These works included possibly the first graphic novel, It Rhymes with Lust (1950), Phantom Lady, and Canteen Kate.

Baker was born in Forsyth County, North Carolina on December 10, 1921 to Clarence and Ethel Baker, and had two brothers, Robert and John. His family moved to Pittsburgh, Pennsylvania where during this time, young Baker suffered a case of rheumatic fever, which damaged his heart, and led to his being exempt from the draft during World War II. Baker graduated from high school around 1940 and afterwards moved to Washington D.C. where he began working for the government. By 1943, however, he enrolled at the Cooper Union School of Engineering and Design in Manhattan, New York.

Baker, an admirer of the works of artists such as Reed Crandall and Will Eisner, joined S. M. Iger Studios in 1944 as a background artist. His first work came in 1944’s Jumbo Comics#69 where he penciled and inked a Sheena, Queen of the Jungle story. In 1945 Baker drew the first black hero in comics, Voodah, in Crown Comics #3, though the character was made white not long after. In 1947 Baker began working on one of his most well-known projects, Phantom Lady. Baker redesigned the character, and was on the series from 1947 to 1949. Phantom Lady and his other works during the 1940s showed Baker’s skill at the “Good Girl” art style, depicting traditionally beautiful women dressed in little clothing.

By the 1950s Baker began working on more romance titles in the early part of the decade, and western and science fiction stories in the latter half. His art began to emphasize realism and drama to match both the subject matter, and the shift to a primarily female audience. In 1950 Baker provided the art for the picture novel, It Rhymes with Lust, thought to be the first graphic novel. In 1952 Baker began working on Canteen Kate and would stay on for its entire 22 issue duration. He also freelanced for Atlas Comics, the 1950s forerunner of Marvel Comics.

In 1954 Dr. Fredrick Wertham published his book Seduction of the Innocent, in which he made claims as to the ill effects that comics had on children. This led to the creation of the Comics Code Authority and decades of self-censorship by the comics industry. Baker’s work, specifically the cover of Phantom Lady #17, in which the heroine is scantily clad and tied to a pole, was singled out by Wertham for condemnation.

For 25 years Baker worked at all hours of the night and under constant threat of deadlines. This took a toll on his weakened heart. In 1957 he suffered a stroke, which impacted his artistic capabilities. Two years later on August 11, 1959 at the age of 37 Baker died of a heart attack. In January of 1960 his final work was printed posthumously in the story I Gave Up the Man I Love! for My Own Romance #73. Baker was inducted into the Will Eisner Comic Book Hall of Fame in 2009.