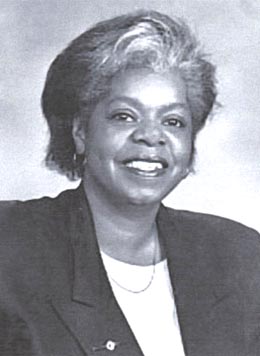 Dr. Dawn Mason is a former Washington State Representative for the 37th District, an adjunct professor and former member of the Board of Visitors at Antioch University Seattle, and Vision and Planning Team Member for Cultural Reconnection (USA and Kenya). Mason was born in Jersey City, New Jersey on July 2, 1945. Her father, Deotis Taylor, built and owned race cars. He was also a track coach and founder of the Blazer Automotive Training School in Newark. Her mother, Helen Gordon Taylor, was a specialist in care of developmentally delayed children. She is the youngest of three siblings. Mason attended Kearny, New Jersey public schools, Tennessee State University, California State College Dominquez Hills, and The Evergreen State College, where she received her B.A. Degree in 1989. She received her M.Ed. degree from Antioch University in Seattle in 2002. She is a Flemming Fellow alum and retired City of Seattle Management Systems Analyst.

Mason served two two-year terms in the Washington State Legislature, 1995-97 and 1997-99. While there she was Assistant Minority Whip and Ranking Chair of the Higher Education Committee. The Washington Student Lobby presented her the Legislator of the Year Award in 1996 for her effective leadership in maintaining access to higher education for all students. In 1998 she was appointed by President Bill Clinton to the Women’s Economic Roundtable.

Dr. Mason’s commitment to public education led her to become the co-founder of Parents for Student Success in 1989. She is also an Emeritus Board member of the University of Washington Business Economic Center, and a past president of First Place, a Seattle-area agency serving the education and needs of homeless children. She is a freelance journalist and several of her articles have appeared in Seattle newspapers, The Medium, and South District Journal.

Mason’s interest in women in the African Diaspora has taken her from cities in the United States to the villages and slums of Nigeria in 1978 and South Africa in 1996. Dr. Mason co-chairs the Advisory Team for the Senator Obama Kogelo Secondary School located in Kenya. This school was named after then Illinois Senator Barack Obama. Her work in Kenya led to an honorary Doctorate Degree being conferred on her in 2009 in Nairobi, Kenya from the Institute for Cultural Reconnection.

Mason was Director of Charter School Development at First Place and helped guide its transition to open September 2014 as First Place Scholars, the first charter school in Washington State. She is also the co-convenor of The African African American Gathering which builds collaborative support for the development of Africatown Seattle.