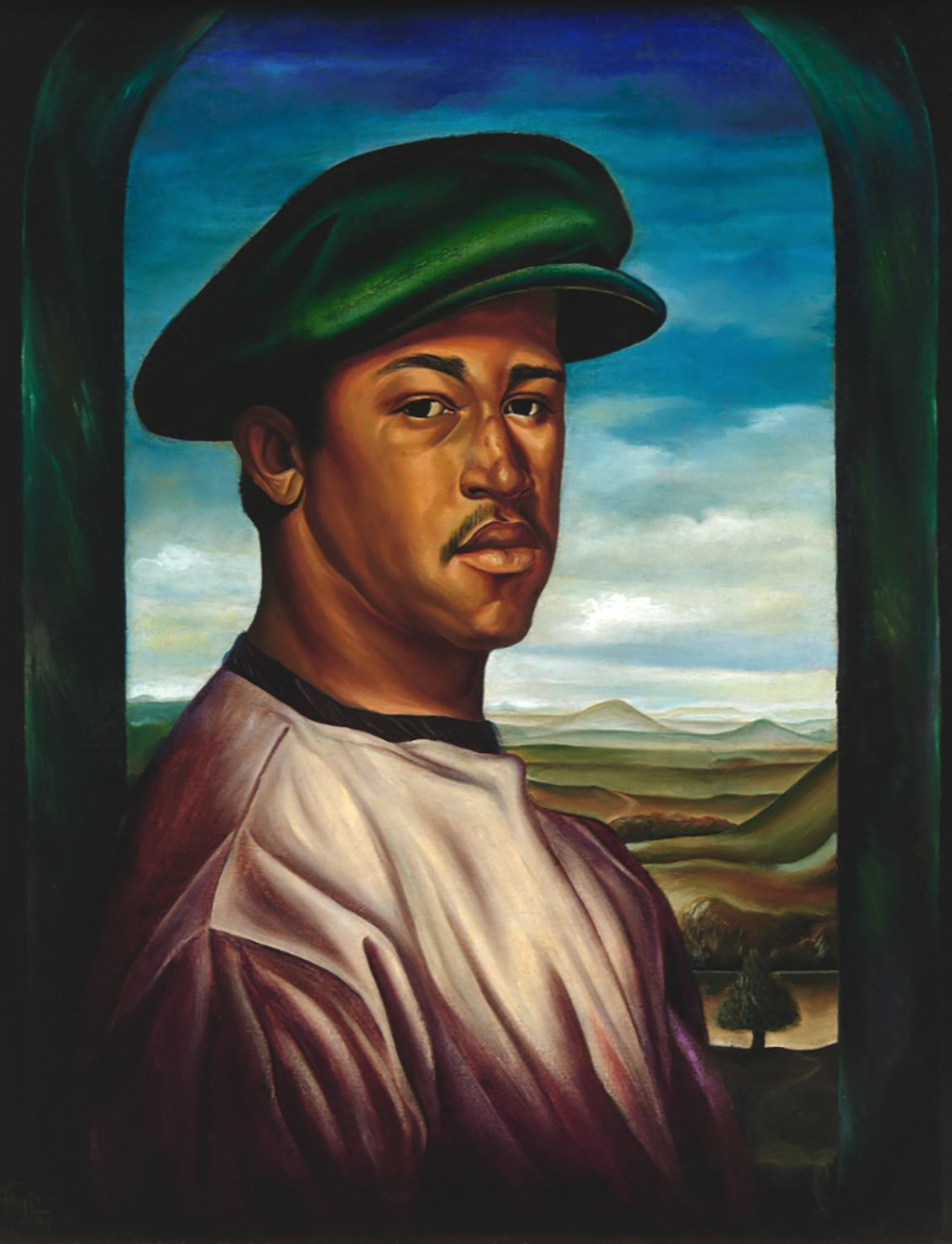 Frederick C. Flemister was an artist most recognized for his paintings during the early 1940s, while he was based in Atlanta, Georgia.  He was one of the foremost artists to emerge from a group taught and influenced by Hale Aspacio Woodruff (1900-1980), founder of Atlanta University’s School of Art.  Flemister was born in Jackson, Georgia on February 5, 1917.

Flemister’s most famous paintings include works such as “Self Portrait” (1941), “Man with a Brush,” “The Mourners,” and “Madonna,” were all produced between 1939 and 1945.  Though he emerged during the 1940s, his works are often associated with the Harlem Renaissance artists of the 1920s.  His style has been described as expressionistic and is often compared to that of 16th-century Italian Renaissance painters.  His professor Hale Woodruff was a major artistic influence. Another was El Greco (1541-1614).

In 1940, he graduated from the twelfth grade at the Atlanta University Laboratory School. There he had studied with Hale A. Woodruff, from whom he also took private lessons.  During eight months in 1940-1941, he attended John Herron Art Institute in Indianapolis, Indiana, Woodruff’s alma mater.  He also later taught at Atlanta University which later merged with Clark College to become Clark Atlanta University.

Before he could graduate from his nine-month course of studies at John Herron Art Institute, however, Flemister left to serve in World War II.  He was stationed two years at the U.S. Army base, Camp Lee, Virginia, serving from May 1942 until he was honorably discharged in December 1944.  Sometime around 1946, he moved to New York City.  Little is known about his artistic output after the mid-1940s.

One of Flemister’s early notable exhibitions was “The Art of the American Negro, 1852-1940,” was organized by the American Negro Exposition and held at the Tanner Art Galleries of Chicago from July 4 to September 2, 1940.  This exhibit, which showcased the work of eight students of Hale Woodruff, was the occasion where Flemister won first prize in oil for his “Man with a Brush.”  While still a soldier in the U.S. Army, he was the featured artist at the Barnett-Aden Gallery exhibit, “The Negro in Art,” held in February 1944.

Flemister’s work has been featured in several exhibits including the High Art Museum in Atlanta, Dillard University, New Orleans; the American Negro Exposition, Chicago; the Institute of Modern Art in Boston; the Albany Institute of History and Art; City College of New York; Xavier University in Cincinnati, Ohio; and the Smith College Museum of Art, Northampton, Massachusetts.  In February 1944 his work was featured as part of “The Negro in Art” exhibition at the Barnett-Aden Gallery, Washington, D.C.

Flemister married his second wife Beatrice Francis in 1947.  They had two sons, John Robert Flemister and Frederick Jerome Flemister.  By the time of his death in 1976, he had been living in the Bronx and his last occupation was working as a mailman.  He died of cardiac illness in Harlem Hospital in New York City on February 29, 1976 at the age of 59.