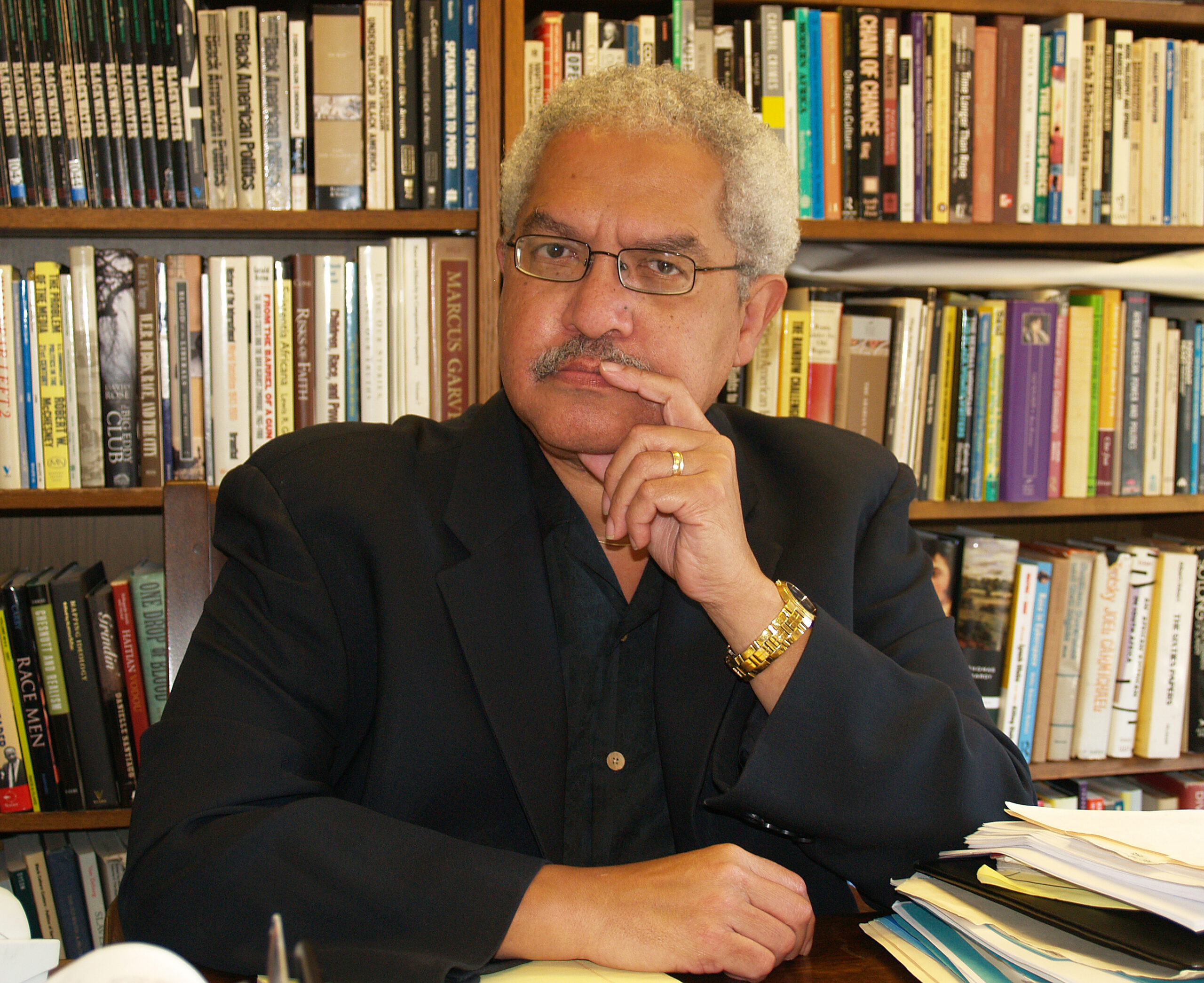 William Manning Marable was an influential social commentator, writer, and professor of political science, public affairs, history, and African American studies.   He was born on May 13, 1950 in Dayton, Ohio to James and June Morehead Marable. Previously married twice, he married anthropologist Leith Mullings in 1996, and the couple remained married until his death. He had three children; Malaika Marable Serrano, Sojourner Marable Grimmett, and Joshua Manning Marable.

Marable graduated from Jefferson Township High School in 1968. As a high school senior Marable covered the 1968 assassination of Dr. Martin Luther King Jr. for Dayton, Ohio’s black newspaper, the Tattler. By that point he had developed a strong commitment to racial justice and its advocates.  Marable earned his A.B. degree from Earlham College in Richmond, Indiana in 1971 followed by a Master’s degree in history from the University of Wisconsin in 1972. He earned his Ph.D. in history from the University of Maryland in 1976.

Dr. Marable’s professional career began when he was appointed Director of the Race Relations Institute at Fisk University in Nashville, Tennessee in 1982.  He served in that capacity until 1987. He briefly led the Africana and Latin American Studies program at Colgate University in Hamilton, New York, leaving after one year to become the Chairman of the Department of Black Studies at Ohio State University in 1987. At the time Marable was only 37.  Following Ohio State, he taught ethnic studies at the University of Colorado, Boulder from 1989-1993. Over his career Marable also served briefly on the faculty at Tuskegee Institute (Alabama), the University of San Francisco (California), and Cornell University.  From 1993 to 2003, he served as the founding director off the Institute for Research in African American Studies at Columbia University.  In 2002, Professor Marable established a second program at Columbia for advanced research, the Center for Contemporary Black History at Columbia University. In 1999 the institute initiated Souls, a quarterly academic journal of African-American studies inspired by the publications of W.E.B. DuBois.

Dr. Marable published over 200 articles in several academic and popular journals and edited volumes such as Black Scholar, Black Issues in Higher Education. He authored over 30 books, including How Capitalism Underdeveloped Black America (1983), Race, Reform and Rebellion (1991), and Beyond Black and White (1995). In 1976, he began writing a commentary series, Along the Color Line, on African American politics and public affairs. The series was carried in newspapers in the United States as well as the West Indies, India, and the United Kingdom.

In 2012 he posthumously won the Pulitzer Prize for History for his Malcolm X: A Life of Reinvention. This book provided rich detail on one of the most important 20th Century black political activists but was controversial because it briefly described Malcolm’s homosexual relationship with a white businessman. Marable’s studies of the African Diaspora led him to explore history and politics in Kenya, Tanzania, Cuba, South Africa, and Brazil. He lectured on his findings to audiences around the world. One of the nation’s most prominent Marxist scholars, Marable’s political activism included membership in the National Black Assembly, the National Black Independent Political Party, and the Democratic Socialists of America.  He served as chair of the Movement for a Democratic Society.

On April 1, 2011, Dr. Manning Marable died in Manhattan, New York at the age of 60 from pneumonia, one of the complications from his double lung transplant to treat his sarcoidosis. His wife, Leith Mullings, accepted the Pulitzer Prize in 2012 on his behalf.