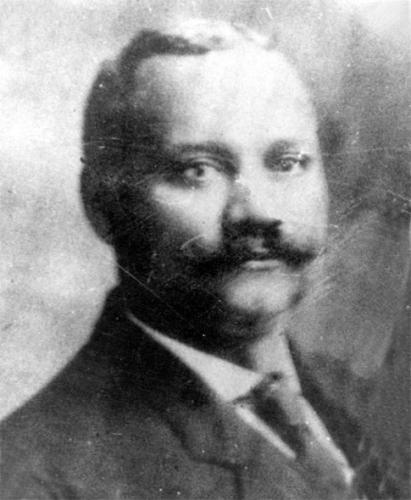 Scipio Africanus Jones was a prominent Arkansas African American defense attorney in the late 19th and early 20th century.  He opposed Arkansas’s Jim Crow laws and successfully argued cases before the United States Supreme Court between 1913 and 1925.  Known for his pro bono work for impoverished African American defendants, Jones became the leading attorney in Arkansas for the National Association for the Advancement of Colored People (NAACP).

Scipio Africanus Jones was born in 1863 in Tulip, Arkansas, to a slave mother and an unknown father.  He attended school at Tulip in Dallas County.  While he was enrolled in school, he chopped cotton in order to support himself.  Jones graduated from Shorter College in North Little Rock in 1885.

While teaching in Arkansas’s all-black public school he studied law with three white Little Rock attorneys.  He passed the bar in 1899.  The following year he was admitted to the Arkansas Supreme Court.

In 1901, Jones argued two important civil rights cases before the Arkansas Supreme Court.  In both cases, Jones objected to the all-white composition of the juries.  In one case the Court overturned a lower court’s conviction.  In the second case the court ruled that there was no discrimination in jury selection.  Despite the mixed outcome Jones quickly emerged as the leading black attorney in Arkansas.

In 1905, Jones won a court fight that exposed the unfairness of the convict labor system.  Convicts worked for fifty cents a day and were charged for each day they could not work, and their sentences would be extended to cover days lost from work.  As a result of Jones’ victory, the convicts received seventy-five cents a day, regardless of whether they worked or not.

Jones was an active member of the Arkansas Republican Party, leading the “Black and Tan” faction which fought for two decades with the party’s “lily white” faction which attempted to exclude African Americans.  Jones was an elected delegate to the National Republican Conventions of 1908 and 1912.

In 1915, Scipio Africanus Jones was elected to be a special judge for the Little Rock Municipal Court to preside over a court case that involved a black defendant.  This case was the first instance in Little Rock in which an African American presided as a special judge.

In 1919, Jones was retained to represent twelve black defendants who stood trail for the Elaine Arkansas Race Riot of that same year.  Prior to this case, Jones had already built a reputation for voiding convictions on the grounds that the jury excluded blacks.  Despite his efforts, the twelve defendants were tried, convicted, and sentenced to death by an all-white jury.  Jones, however, appealed the case which went to the U.S. Supreme Court.  The Court in Moore v. Dempsey (1923) set aside the convictions, freeing all of the defendants.

In 1924, Scipio Africanus Jones became one of the first black attorneys to hold a judgeship in Arkansas.  He was elected to become chancellor in the Pulaski County Court.  Despite his growing success, Jones kept his focus on civil rights and criminal defense advocacy.  Six months prior to his election as chancellor, he was involved in a murder case and won a stay of execution.