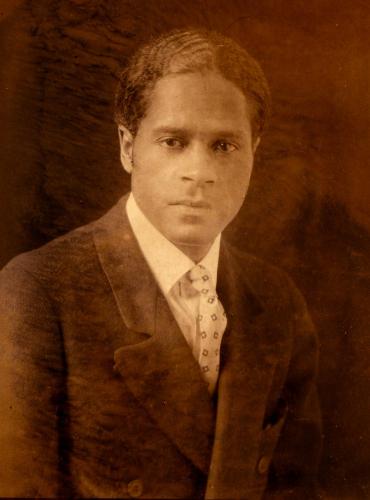 Willard Johnson, bacteriologist, science educator, and business proprietor, was born in Leavenworth Kansas, the third of the eleven children of Joseph Johnson and Hattie McClanahan. Taught by his high school’s founder, Blanche Kelso Bruce, nephew of the Reconstruction era Senator of the same name, he was the first in his family to go to college. Johnson attended Kansas University (KU), where he joined the Kappa Alpha Psi fraternity. In 1922, he was admitted to the Kansas University Medical School. Probably the second African American ever admitted, Willard struggled through nearly three years of medical course work but did not transfer to a black medical school to finish as KU required at the time.

Willard Johnson was awarded his Bachelor’s at KU in 1924 and then taught biological science courses at Rust College in Mississippi. In 1928 he completed a year of graduate work in bacteriology at the University of Chicago. In 1929, he joined the faculty of Tennessee Agricultural and Industrial College in Nashville where he and his bride, Dorothy N. Stovall, of Humboldt, Kansas, had their first son, Richard E. He headed the Biology Department and taught zoology, comparative vertebrate anatomy, physiology, botany, hygiene, and bacteriology. In 1932 he did further graduate study at Emporia State College in Kansas.

The People’s Hospital of St. Louis, Missouri enticed him to move there in 1933, to establish and operate a private diagnostic laboratory. Soon thereafter, he assisted specialists sent from Washington, D.C., in combating an outbreak of sleeping sickness disease. Their second son, Willard R., and twin daughters, Alberta M., and D. Roberta, were born there. Then Johnson taught a variety of science courses at Stowe Teachers College, a predominately black institution in St. Louis. Soon thereafter, in 1937, placing at the very top of those taking the U.S. Health Service exams, but requiring the intervention of Eleanor Roosevelt to actually get hired, he became the first black professional staff person at the Jefferson Barracks (Veteran’s) Hospital, in St. Louis. The hospital’s leadership rather quickly maneuvered to have him reassigned to the (Black) Veteran’s Hospital in Tuskegee, Alabama, where he achieved several promotions.

After WWII, Johnson was unsuccessful in seeking reassignment within the US Public Health Service. He resigned and moved to Pasadena, California where he helped establish and became sole proprietor of the private Avalon Boulevard Medical Diagnostic Laboratory in nearby Los Angeles which served African American physicians throughout the area. After nearly two decades, its profitable operations were disrupted by the “Watts Riots.” Shortly thereafter Johnson retired and closed the lab. Willard Johnson died in 1969 of cancer and is buried in Pasadena, with his wife Dorothy, who died of cancer ten years later.