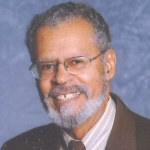 Dr. Willard R. Johnson is MIT Emeritus Professor of Political Science. During thirty-two years (1964-1996) of teaching, research and publishing at the Massachusetts Institute of Technology, he specialized in topics relating to African studies, comparative and international politics, and promotion of development in American inner-city areas. In 1991, he founded the Kansas Institute of African American and Native American Family History (KIAANAFH) as a non-profit membership organization to document and commemorate the experiences of pioneer African American families of the Mid-West, especially as regards the historic ties between African- and Native-Americans. Earlier, he had helped to found the national TransAfrica (the “Black lobby” on foreign policy) and its affiliated educational organization, TransAfrica Forum. He led its Boston chapter and founded its successor, the Boston Pan-African Forum. In the late 1960s, he helped to found and was the CEO of Circle Inc., a community development corporation complex in Roxbury Mass.

Deval L. Patrick, Governor of Massachusetts, was elected in 2006.  He became at that time the second African American elected as a state Governor in the history of the United States.  Patrick was born on July 31, 1956 in Chicago to Laurdine “Pat” Patrick and … END_OF_DOCUMENT_TOKEN_TO_BE_REPLACED

Willard Johnson, bacteriologist, science educator, and business proprietor, was born in Leavenworth Kansas, the third of the eleven children of Joseph Johnson and Hattie McClanahan. Taught by his high school’s founder, Blanche Kelso Bruce, nephew of the Reconstruction era Senator of the same name, he … END_OF_DOCUMENT_TOKEN_TO_BE_REPLACED

Holata Micco is widely considered a descendant of the “Seminole” founding Hitchiti-speaking Oconee family of “Cowkeeper” of Cuscowilla Town on the Alachua Pains of Spanish Florida. The name that Holata was best known by, “Billy Bowlegs,” uniquely united the whole experience of the three “Seminole … END_OF_DOCUMENT_TOKEN_TO_BE_REPLACED