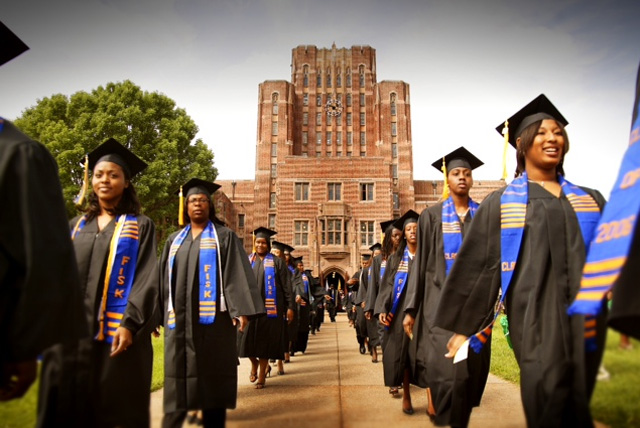 Historically Black Colleges and Universities (HBCUs) are institutions established before the Civil Rights Act of 1964 to provide post-secondary (high school) education to Black people. In the immediate post-Civil War period when only two predominantly white colleges, Oberlin (Ohio) and Berea (Kentucky), accepted black students, these institutions founded by African American churches, by Southern state governments, and in one instance, the federal government (Howard University) made it possible for African Americans to access higher education. The first HBCUs usually provided a mixture of high school and college training. With the passage of the second Morrill Land Act of 1890 and the U.S. Supreme Court Decision in Plessy v. Ferguson, which established the “separate but equal” doctrine in 1896, most of these institutions were able to concentrate on developing post-secondary curricula.

The first HBCU, the African Institute (today known as Cheyney University) was established in 1837 in Pennsylvania by Richard Humphreys, a white man from the British Virgin Islands. His goal was to create a place where free African Americans could learn the skills needed to be successful in society and the workforce. In 1851 Myrtilla Miner, a white woman from New York, established the Miner Normal School in Washington, D.C. Miner’s school targeted young Black girls but would lay the foundation for public education for African Americans in the District of Columbia. Lincoln University, also in Pennsylvania, was established by Rev. John Miller Dickey of the Presbyterian Church in 1854 and Wilberforce University in Ohio, was founded by Bishop Daniel Payne of the African Methodist Episcopal Church in 1856. Shaw University, founded in 1865 in Raleigh, North Carolina was the first post-Civil War HBCU.

By the time of the passage of the 1964 Civil Rights Act, there were 93 HBCUs across the eastern and southeastern part of the United States. Primarily Black Institutions (PBIs) were colleges and universities established after that date but which still provide higher education to Black people. Two examples Southern University at Shreveport founded in 1967 and Morehouse School of Medicine at Atlanta founded in 1975. PBIs are considered and counted when discussing HBCUs and Black education statistics. One notable statistic from the Department of Education, is that 75% of all Black doctors, 75% of Black military officers, and 80% of Black federal judges today (2021) received their undergraduate degrees from a HBCU. The Vice President of the United States, Kamala Harris, is a graduate of Howard University.

Today, there are 103 active HBCUs. Over time some have ceased to exist due to inadequate funding, lack of student interest in the institutions, and in some instances such as Bluefield State University in West Virginia, the student body has become predominantly white. Nonetheless, having institutions that showcase Black excellence in academics and that focus on educating Black students from mostly impoverished backgrounds remains a worthy goal of these institutions. Most of them have significant financial aid programs that make it possible for poor students to have access to higher education. Ironically although HBCUs were founded to serve African American students, 57 years after the passage of the Civil Rights Act, these institutions are usually the most racially diverse in the United States. Recent studies have shown that most HBCU’s have a 1 to 4 ratio of non-black students that attend them, including international students which is significantly higher than the ratio of non-white students at predominantly white institutions.