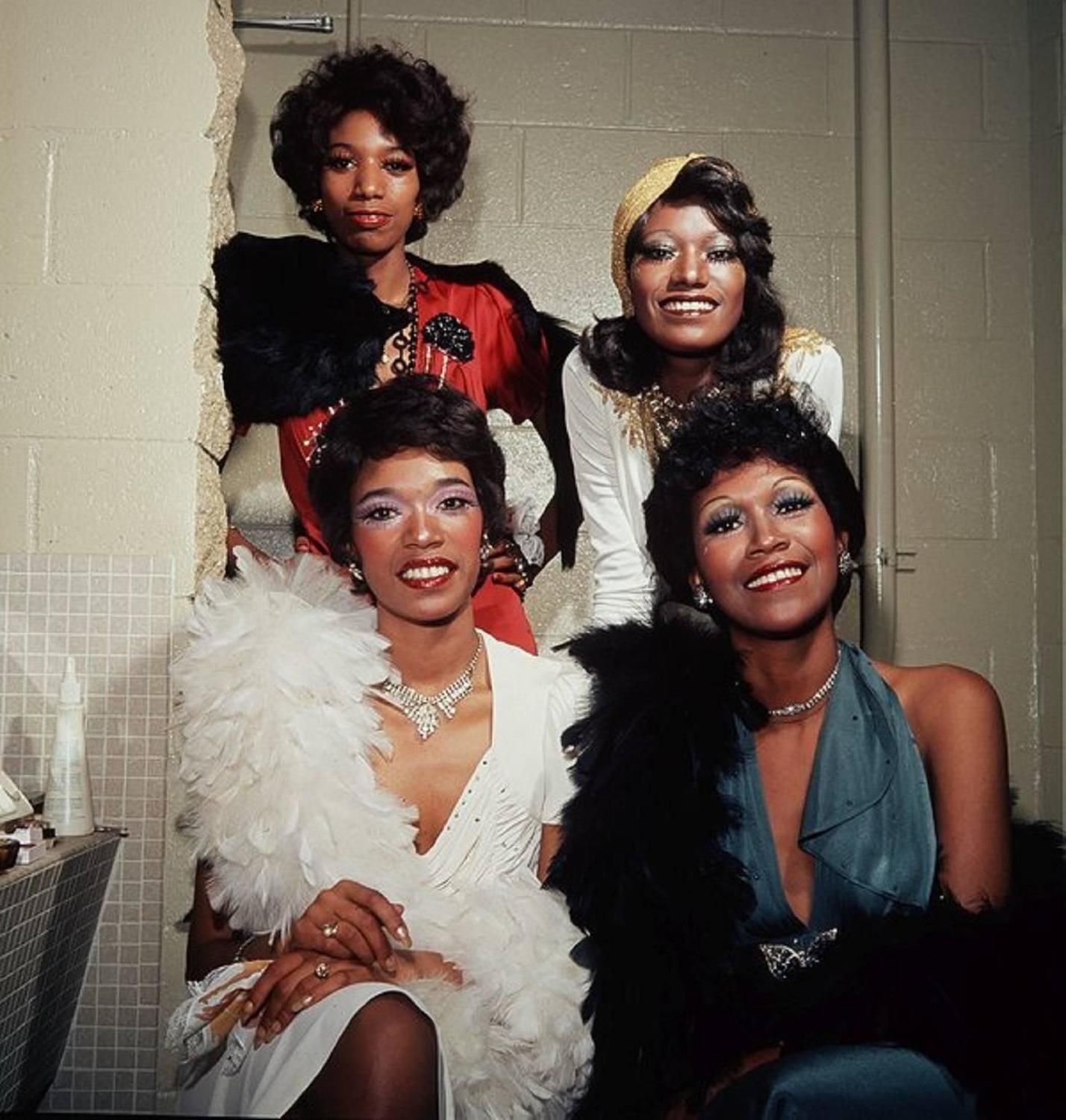 The Pointers Sisters are an R&B group consisting of four sisters; Ruth (1946), Anita (1949), Bonnie (1950), and June (1953). The sisters, the daughters of Reverend Sarah and Reverend Elton Pointer, were all born in Oakland, California, and graduated from Oakland Technical High School. In their youth, the sisters sang in the choir of the parents’ church, West Oakland Church of God, and were forbidden to listen to secular music or watch television. After graduation, sisters Bonnie and June, calling themselves “Pointers, A Pair,” began performing in local clubs around 1969, and sister Anita soon quit her job to join the group. The trio signed a contract with Atlantic Records in 1971 and began providing background vocals for well-known artists such as Boz Scaggs and Sylvester James, as well as touring the country with them.

Although the sisters released a few singles that did not reach the charts, they persuaded sister Ruth to join the group in 1972. Renaming themselves The Pointer Sisters, the quartet signed a new contract with ABC’s Blue Thumb Records, and began work on their first album, The Pointer Sisters, released in 1973. The album was certified gold, after selling over 500,000 copies worldwide. In 1974, The Pointer Sisters released their second album, That’s A Plenty. The album included the country-flavored song “Fairytail,” which reach #13 on the pop charts and won the group its first Grammy Award for Best Country Performance by A Duo or Group with Vocal in 1975. The group appeared in the 1976 classic film Car Wash, and in 1977, they released their fourth and final album as a quartet, Having a Party. Both June and Bonnie left the group to focus on family in 1978, leaving sisters Anita and Ruth as a duo.

After a brief break from recording, sisters Ruth and Anita maintained the group and signed a deal with Planet Records, a division of Elektra Records.  June rejoined and over the next few years, the trio achieved their biggest successes with singles “He’s So Shy,” “Slow Hand,” and “Jump (For My Love),” which won The Pointer Sisters their second Grammy Award for Best Pop Performance by a Duo or Group with Vocal.

Planet Records was sold to RCA in 1982, and the group left in 1991 to record with Motown. During the 1990’s sister June was briefly replaced by understudy Wendy Edmead due to frequently missed engagements. Issa Pointer, daughter of sister Ruth began to perform with the group and became an official member in 2002. Sisters Bonnie and June briefly performed together as “Bonnie and June Pointer, formerly of the Pointer Sisters, but the lineup of The Pointer Sisters continued to fluctuate, with original group member Ruth, Issa, and Sadako Johnson comprising the most recent group. The Pointer Sisters released a total of fifteen albums throughout their career, won three Grammy Awards and three American Music Awards. Sister June Pointer died in 2006 of cancer.