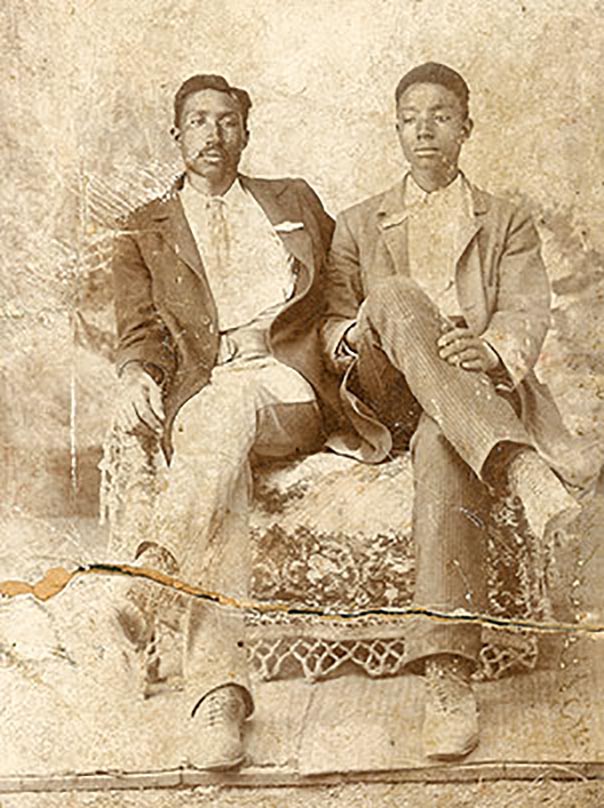 In the late nineteenth century, black Indian freedmen were uniquely affected by the Indian Severalty Acts. Black freedmen had lived in the Indian Territory since before the Civil War, with many having originally come as slaves. While the severalty acts were primarily a legislative effort used by the federal government to place Indians into a system of individual allotments, it would also create a complex relationship between black freedmen and the Indian tribes with which they identified.

Black freedmen were primarily affected by the severalty acts through the Curtis Act of 1898. The Curtis Act extended the provisions of the Dawes Act (1887) into the Indian Territory, which had a sizable group of blacks within the Cherokee, Choctaw, Chickasaw, Creek, and Seminole tribes. Many of these freedmen had even created their own communities within the various tribes.

While many black freedmen lived within the Five Civilized Tribes, they different in their treatment at the hands of Native Americans. The Chickasaw and Choctaw Indians were harsh to blacks living in their respective tribes, with instances of racially motivated murders taking place well after the Civil War. Meanwhile, the Seminole, and to a lesser extent the Creeks and Cherokee were known for being more inclusive of the black freedmen.

Well documented through the 1890s was the emergence of “grafters,” who used illegal business practices to take land from both Indians and blacks. Grafters were so successful that by 1930, the five “Civilized Tribes” owned less than two million acres of land allocated to them, down from a total of 19,525,966 acres in 1890. However, some blacks saw this new arrangement to their advantage. The Dawes and Curtis Acts allowed them access to the courts, ability to sit on juries, ability to serve in public offices, and use of limited school facilities, all of which had been restricted particularly by the Choctaw and Chickasaw.

Controversy would later arise among freedmen when many of them were kept from officially identifying within their respective Indian tribes. While many blacks experienced greater political and civil rights; it was primarily only the freedmen who had been able to place their name on the Dawes Rolls who received land.

Placement on the Dawes Rolls varied among tribes. Notably, the Cherokee freedmen had the most difficulty in establishing citizenship within the tribe. Their status as tribal citizens was based on the Kern-Clifton Rolls, a precursor to the Dawes Rolls. The federal government determined that citizenship would be based on whether the freedmen had been in the Cherokee Nation within six months of the Civil War. Since many freedmen had left Indian Territory during this period, they were unable to gain the same civil and political rights under the severalty acts as those who were on the tribal rolls.

The lack of recognition among Indian tribes regarding the freedmen who had culturally associated within their tribes continues to be an ongoing struggle. There have been and continue to be numerous legal battles and protests for the rights that many descendants believe they deserve. Most challenges have been futile, since the federal government has since restored tribal sovereignty.  Thus, tribes that have excluded freedmen from tribal citizenship have been successful in recent years in maintaining that exclusion.