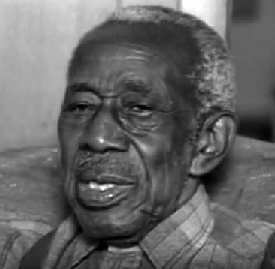 The Robert Nero controversy refers to a late 20th Century case involving the issue of Indian identity among Cherokee Freedmen, the blacks who culturally identify with the Cherokee Nation.  The controversy began with a legal class action lawsuit brought before the U.S. District Court in Oklahoma as Nero v. Cherokee Nation in 1983.

The issues surrounding the Robert Nero controversy dated back to the Reconstruction period when the U.S. Government required that the Cherokee Nation and other major tribes in Indian Territory incorporate the Freedmen, former slaves of the Cherokee, Creeks, Choctaw, Chickasaw, and Seminole nations, into their tribes as equal citizens.

With the passage of the Dawes Severalty Act of 1887, the question of tribal membership became even more critical. The Dawes legislation called for Indians to relinquish their status as tribes who collectively owned land and instead settle individual land allotments, a measure that effectively phased out tribal sovereignty. While the Dawes Act had excluded the Five Nations in Indian Territory, they were included in the subsequent Curtis Act of 1898.  While these legislative efforts primarily changed life for Indians, they also affected the Freedmen. The Dawes Rolls recognized these freedmen and their descendants as Indian and gave many of them land during the Indian allotment process.  Other Freedmen were left out and the question of their tribal status would continue into the 20th century.

On June 18 1983, Reverend Robert Nero and four other Cherokee Freedmen were turned away from voting in a tribal election.  While Nero, an 82 year old Freedman, had previously voted in a 1979 tribal election, rules for voting had changed and tribal leaders now wanted documentation that proved a voter had Cherokee “blood.”  While Nero and some of the four other Cherokee Freedmen had been listed on the Dawes Rolls, it was largely assumed that they did not have Cherokee “blood”.

This situation prompted Nero and a group of Cherokee Freedmen to write a letter to the U.S. Department of Justice saying that their inability to vote had been “humiliating, embarrassing and degrading” and that Freedmen were being “treated as second class tribal citizens.” Nero’s effort led to a class action lawsuit against the Cherokee Tribe that originally sought $750 million in punitive and compensatory damages.

Once legal action was taken, the Cherokee Nation argued that the federal courts did not have jurisdiction in this case.  Their claim was based largely on the idea that challenging their rules for tribal membership would impinge on Indian sovereignty. This legal strategy by the Cherokee Nation was successful in U.S. District Court.  The Freedmen then appealed to the Tenth Circuit Court of Appeals where the judges in 1989 affirmed the lower court’s ruling that the case was a tribal affair and not subject to federal control.

Reverend Robert Nero would pass away in 1994, well into his 90’s. His effort to ensure that Cherokee Freedmen continue to be identified as full members of the tribe, continues, however after his death.