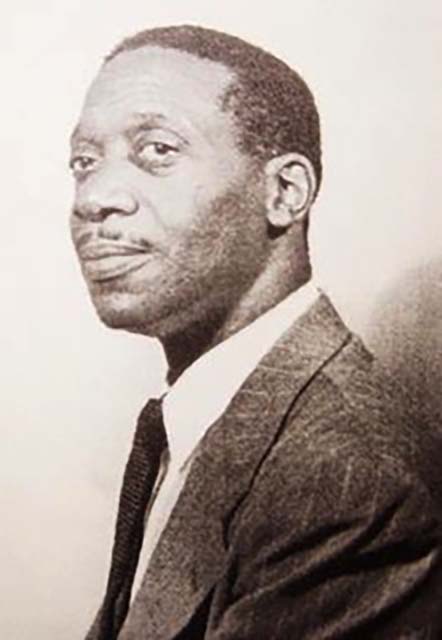 Harry Haywood, 1948, The Cry Was Unity: Communists and African Americans, 1917-1936 (University Press of Mississippi, 1998) by Mark Solomon
Fair Use Image

A radical theoretician, anti-colonialist, labor organizer, and civil rights activist, Harry Haywood was one of the most prominent and influential African American Communists of the twentieth century.  Haywood, the son of former slaves, was born in South Omaha, Nebraska in 1898. He migrated to Chicago after serving in World War I and organized community defense during the 1919 Chicago race riot. In 1922 he joined the African Blood Brotherhood and in 1925 became an official member of the CPUSA. The following year Haywood traveled to Moscow where he studied at the International Lenin School. During this time he made his greatest intellectual contribution to the American Communist movement: the 1928 and 1930 Comintern “Resolutions on the Negro Question,” which theorized the right of self-determination for African Americans in the southern Black Belt through the creation of a sovereign black nation state. Although never pursued in practice, “self-determination” for African Americans was adopted as the official line of the Comintern and became the rhetorical touchstone for CP activism in African American communities throughout the 1930s.

After returning to the United States in 1930, Haywood helped found of the CP’s League of Struggle for Negro Rights (LSNR). He was active in LSNR campaigns against lynching, tenant evictions, segregation, and legal frame-ups and served as the organization’s president from 1934 to 1936. From 1927 to 1938 he was a member of the CPUSA’s Central Committee and served on the Communist Party Politburo from 1931-1938. In 1937 Haywood joined the Abraham Lincoln Brigade and fought alongside Loyalists during the Spanish Civil War.

Haywood became increasingly estranged from the Party in the post World War II era. He spoke out against Earl Browder’s accommodationist line, as well as Nikita Khrushchev’s destalinization reforms in the mid 1950s. When the Party officially disavowed the theory of self-determination in the American Black Belt in 1957, Haywood denounced the decision and was expelled from the Party two years later. He spent the remainder of his life helping to build the Mao-aligned New Communist Movement and mentoring a new generation of black radicals in the late 1960s and early 1970s. Author of scores of essays, pamphlets, and treatises on a variety of topics, Haywood’s major works are Negro Liberation, published in 1949, and his 1978 autobiography, Black Bolshevik. Harry Haywood died on January 4, 1985.