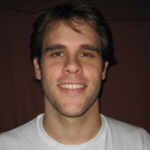 Daren Salter is a PhD candidate in American history at the University of Washington. He received a Master’s Degree in American History from San Francisco State University, where he was named the History Department’s Distinguished Graduate Student for 2004. A student of race, labor, and radicalism, Salter’s essay, “Legacy of Paradox:  The Communist Party, Civil Rights, and the Politics of Race in the Pacific Northwest, 1928-1945,” was awarded the History Department’s York-Mason Prize for outstanding graduate essay on African Americans in the West in 2006. He is a past Fellow at the Harry Bridges Center for Labor Studies and was a project coordinator and Associate Editor for the Seattle Civil Rights and Labor History Project from 2005-2009. He currently teaches Humanities at the Northwest School in Seattle.

A civil rights leader, antiwar activist, and Pan-African revolutionary, Stokely Carmichael is best known for popularizing the slogan “Black Power,” which in the mid-1960s galvanized a movement toward more militant and separatist assertions of black identity, nationalism, and empowerment and away from the liberal, interracial … END_OF_DOCUMENT_TOKEN_TO_BE_REPLACED

H. Rap Brown succeeded Stokely Carmichael as chairman of the Student Nonviolent Coordinating Committee (SNCC) and was a prominent figure in the Black Panther Party. A leading proponent of Black Power and a polarizing media icon, Brown symbolized both the power and the dangers—for white Americans and for radical activists themselves—of the civil rights movement’s new … END_OF_DOCUMENT_TOKEN_TO_BE_REPLACED

James W. Ford was Special Organizer of the Communist Party’s (CP) Harlem, New York section and the most prominent black Communist in the nation during the 1930s and early 1940s. Perhaps more than any other figure, Ford symbolized the Party’s efforts to build a united front between … END_OF_DOCUMENT_TOKEN_TO_BE_REPLACED

Robert F. Williams was a militant civil rights leader whose open advocacy of armed self-defense anticipated the movement for “black power” in the late 1960s and helped inspire groups like the Student National Coordinating Committee, the Revolutionary Action Movement, and the Black Panther Party. Williams … END_OF_DOCUMENT_TOKEN_TO_BE_REPLACED

The African Blood Brotherhood for African Liberation and Redemption (ABB) was a militant black liberation group founded in 1919 by West Indian journalist Cyril Briggs. The ABB advocated armed defense against racist assaults and the creation of an independent black socialist commonwealth. It sought to … END_OF_DOCUMENT_TOKEN_TO_BE_REPLACED

In a remarkable and controversial life, Max Yergan spanned both the globe and the ideological spectrum of American politics. An early champion of racial uplift and the social gospel in South Africa, Yergan transformed into a leading figure on the radical Black Left during the … END_OF_DOCUMENT_TOKEN_TO_BE_REPLACED

The Brotherhood of Sleeping Car Porters (BSCP) was a labor union organized by African American employees of the Pullman Company in August 1925 and led by A. Philip Randolph and Milton P. Webster. Over the next twelve years, the BSCP fought a three-front battle against … END_OF_DOCUMENT_TOKEN_TO_BE_REPLACED

Founded in Detroit, Michigan in 1946, the Civil Rights Congress (CRC) arose out of the merger of three groups with ties to the Communist Party USA:  the International Labor Defense (ILD), the National Negro Congress, and the National Federation for Constitutional Liberties. Embodying the spirit … END_OF_DOCUMENT_TOKEN_TO_BE_REPLACED

Hosea Hudson was a Communist Party (CP) activist and industrial union organizer in Alabama and Georgia during the 1930s, 40s, and 50s. He embodied the CP’s turn toward black civil rights in the early 1930s and the attraction many working-class southern blacks felt toward the … END_OF_DOCUMENT_TOKEN_TO_BE_REPLACED

Angelo Herndon was the defendant in one of the most publicized and notorious legal cases of the 1930s. In 1932, nineteen-year-old Herndon was arrested under an obscure 19th century servile insurrection law for attempting to organize a peaceful demonstration of unemployed workers in Atlanta. Largely … END_OF_DOCUMENT_TOKEN_TO_BE_REPLACED