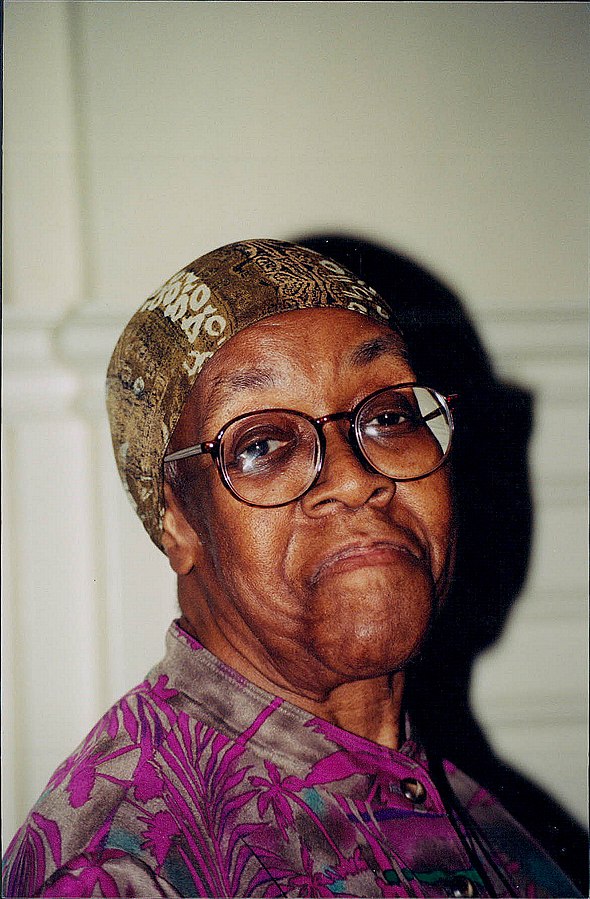 Gwendolyn Elizabeth Brooks, born June 7, 1917 in Topeka, Kansas, moved to Chicago, Illinois where she was reared and launched her literary career.  Marrying Henry Blakely in 1939, the couple had two children.

Brooks’s formal education consists of an associate degree in literature and arts from Wilson Junior College but she has also received over seventy honorary degrees from several leading universities.  In her early years, Brooks served as the director of publicity for the National Association for the Advancement of Colored People (NAACP) in Chicago.

Individual poems published in the Chicago Defender during her high school years preceded Brooks’s first collection of poetry, A Street in Bronzeville (1945). This book focused on “community consciousness.”  Brooks’s Annie Allen was published in 1949 with a focus on “self-realization” and “artistic sensibility” of a young black woman.  That volume made her the first African American to be awarded the Pulitzer Prize in poetry.  The Bean Eater, her third book, was released in 1960.

Brooks published Selected Poems in 1963, In the Mecca (1968), Riot (1969), Family Pictures (1970), and Beckoning (1975).  During this period, she began to publish her work through small black-run presses such as Broadside in Chicago.  In the Mecca, one of her most important works of that period, describes a rather exquisite apartment building built in 1891 but leveled in 1952 after it had become a run-down tenement building.  This collection, like others in the late 1960s and early 1970s, reflected the rising call for a literature for black people that spoke out against white oppression.

During her lifetime, Brooks received numerous honors and served in several prestigious capacities including appointment as poet laureate of Illinois (1968), poetry consultant for the Library of Congress (1985), honorary fellow of the Modern Language Association (1987), two-time winner of the Guggenheim Fellowship, member of the American Academy of Arts and Letters, Jefferson Lecturer for Distinguished Intellectual Achievement in the Humanities (1994), and recipient of the National Medal of Art (1995).