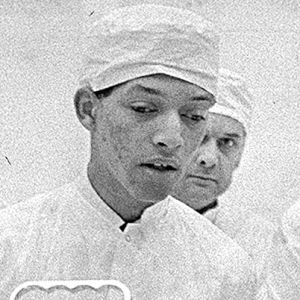 George Carruthers, 1971
Public Domain Image
This entry is sponsored by Phylisha Agbor and is dedicated to my grandson, Kevin Kamsiyochukwu Peters, for his interest in the planets and outer space.

The physicist and inventor George Carruthers, known for inventing the ultraviolet camera and spectrograph, was born on October 1, 1939 in Cincinnati, Ohio. Dr. Carruthers is the oldest of four siblings. Carruthers’s father, George Carruthers, Sr., died when Carruthers was only 12 years old. However, before his death the senior Carruthers, a civil engineer in the United States Army, played a significant role in Carruthers’s budding interest in science. For example, Carruthers had built his own telescope from cardboard tubing and mail-order lenses from the money he had made as a delivery boy at the age of 10 years old.

Following the loss of his father, Carruthers’s mother, Sophia Carruthers, moved the family to Chicago, Illinois in search of employment.  She eventually worked for the U.S. Postal Service. Carruthers’s love for science remained strong, eventually becoming one of only a handful African American students to attend Chicago’s Englewood High School. During his time at Englewood, Carruthers won three science fair awards.

Following graduate school, Carruthers began work at the U.S. Naval Research Laboratory as a National Science Foundation postdoctoral fellow. Two years later, in 1966, Carruthers began work at the E.O. Hurlburt Center for Space Research at the Naval Research Laboratory in Washington, D.C. as a full-time research physicist. By November 11, 1969, Carruthers had patented his invention of the first “Image Converter for Detecting Electromagnetic Radiation Especially in Short Wave Lengths.” Additionally, Carruthers was the principle inventor of the Far Ultraviolet Camera/Spectrograph in 1972 which later resulted in his providing the first proof of the existence of molecular hydrogen in space during the 1970s Aerobee-150 rocket launch from White Sands Missile Range in New Mexico.

Carruthers’ UV camera and spectrograph would be used during Apollo 16’s famous 1972 lunar landing.  The camera and spectrograph would be the first moon-based observatory. Carruthers’s new device allowed scientists to examine UV images of more than 550 stars, nebulae, and galaxies, as well as research the earth’s atmosphere for the first time for concentration of pollutants. Because of his inventions, Carruthers received the Arthur S. Flemming Award in 1970, NASA’s Exceptional Scientific Achievement Medal in 1972, the Warner Prize in 1973, and the Black Engineer of the Year Award in 1987. In 2003 he was inducted into the National Inventors Hall of Fame in 2003. In 1983, Carruthers became Chair of the Editing and Review Committee and Editor for the Journal of the National Technical Association. More recently on February 1, 2013 Carruthers was awarded the National Medal of Technology and Innovation for 2012 by President Barack Obama at a White House Ceremony.