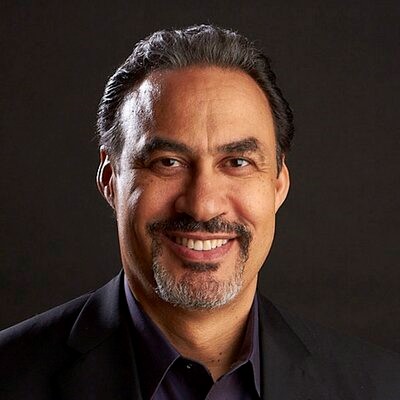 Philip Freelon is a prominent architect best known for his design of the Smithsonian Institution’s National Museum of African American History & Culture.  Freelon was born in Philadelphia, Pennsylvania on March 26, 1952, to Allan R. Freelon, Jr. and Elizabeth N. Freelon. His grandfather was Allan R. Freelon, Sr., an impressionist painter during the Harlem Renaissance. In 1975, he graduated from North Carolina State University’s College of Design and earned a master’s degree in architecture at the Massachusetts Institute of Technology (MIT).

In 1989, Freelon received the Loeb Fellowship to study independently for a year at Harvard University’s Graduate School of Design. In 1990, he founded The Freelon Group in Durham, North Carolina, which grew to 65 staff members. The firm’s notable designs included the Biomanufacturing Research Institute and Technology Enterprise (BRITE) Facility at North Carolina Central University; the North Carolina A&T State University Proctor School of Education; Anacostia Library and the Tenley-Friendship Library in Washington, D.C.; and the Harvey B. Gantt Center for African-American Arts and Culture in Charlotte, North Carolina to name a few.

In 2014, the Freelon Group merged with Perkins+Will, an architectural firm headquartered in Chicago, Illinois. Freelon became the firm’s managing director at its Charlotte Research Triangle Park offices in North Carolina. Later, he became Design Director of the North Carolina practice, leading both the Perkins+Will offices in Durham and Charlotte

Freelon’s team designed the four-level Smithsonian Institution’s National Museum of African American History & Culture on the Mall in Washington, D.C.  The $500 million structure opened on September 24, 2016. As lead designer, he partnered with two other architects, the late J. Max Bond (1935-2009) and Ghanaian-born David Adjaye, who conceived of the museum’s exterior. Among the five competitors, their proposed design for a museum with a functioning cultural events center was unanimously chosen.

In 2011, President Barack Obama appointed Freelon to the National Commission of Fine Arts. As a Fellow of the American Institute of Architects (AIA), Freelon became a recipient of the Thomas Jefferson Award for Public Architecture and the AIA North Carolina’s Gold Medal. In 2017, he was awarded an honorary doctorate from North Carolina State University.  He was a visiting and adjunct professor at several leading universities. In 2016, he established the Philip Freelon Fellowship at the Harvard Graduate School of Design to expand opportunities for aspiring African American architects.

Freelon and his wife, Grammy-nominated jazz singer Nnenna Freelon, lived in Durham, North Carolina. They have three children: Maya, Deen, and Pierce, a noted musician and educator. Freelon was a member of Sigma Pi Phi Fraternity.

Diagnosed with amyotrophic lateral sclerosis (ALS) shortly after the opening of National Museum of African American History & Culture in 2016, Philip Freelon died at his home in Durham, North Carolina on July 9, 2019. He was 66 years old. He is survived by his wife and three children.