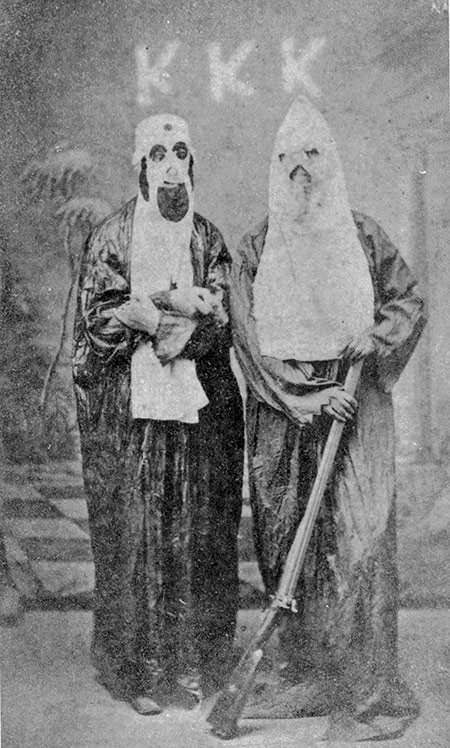 The Pulaski Race Riot occurred in Pulaski, Tennessee on January 7, 1868, when local whites shot, and killed or wounded, six African American men.  The origin of the riot was a conflict that began with two men with the same first name: Calvin Carter, black, and Calvin Lambeth (or Lamberth), white.  During the previous summer, Carter and Lambeth had a disagreement while transacting business.  According to The Pulaski Citizen, the dispute ended when Lambeth “thought it proper to expel [Carter] from the house with a kick.”

Tensions reemerged around January of 1868.  In the Freedman’s Bureau report, written by Sub. Assistant Commissioner Michael Walsh, the “feud” between Carter and Lambeth was reignited by an issue involving Lucy Reynolds, a local black woman.  Reynolds, described by Walsh as a “strumpet,” was having an intimate relationship with Lambeth.  Carter disapproved and threatened to whip Reynolds if she continued to visit Lambeth.  Another black man, Whitlock Fields, was also present when Carter issued his threat.  Lucy Reynolds told Lambeth about the threat, and Lambeth responded by vowing to kill Carter.

At about 9:00 a.m. on January 7, Calvin Lambeth arrived at a grocery store with a blunt weapon, or “stick,” looking for Calvin Carter.  John Carter, an African American, owned the store.  Not finding Calvin Carter there, Lambeth returned to the store around 1:00 p.m. with three white men.  Armed with pistols, the four stood in front of the store until dispersed by Constable (first name unknown) Aymeet.  At around 1:30 p.m., Lambeth returned alone, still armed and intending to confront Calvin Carter.   Whitlock Fields then called out to Carter, from a neighboring house, warning him of Lambeth’s approach.  Lambeth then fired at Fields and Fields fired back, but neither was struck by the pistol exchange.

Once the firing began, about eighteen white men emerged from their houses, with shotguns and pistons, and joined Lambeth in the street facing the grocery store.  Calvin Carter and seven other black men were inside the store.  By this point, Police Chief (first name unknown) Malone was on the scene and tried to resolve the disturbance, advising the black men that they would be safe if they would “keep quiet.”  Following Malone’s advice, the black men huddled together toward the rear of the store.  Next, a white mob that had gathered rushed the store and fired on the huddled men.  One victim, Orange Rhodes, was mortally wounded.  Three others were severely injured: Calvin Carter, Ben Nelson, and Tom Butler.  John Carter and another man was slightly injured.