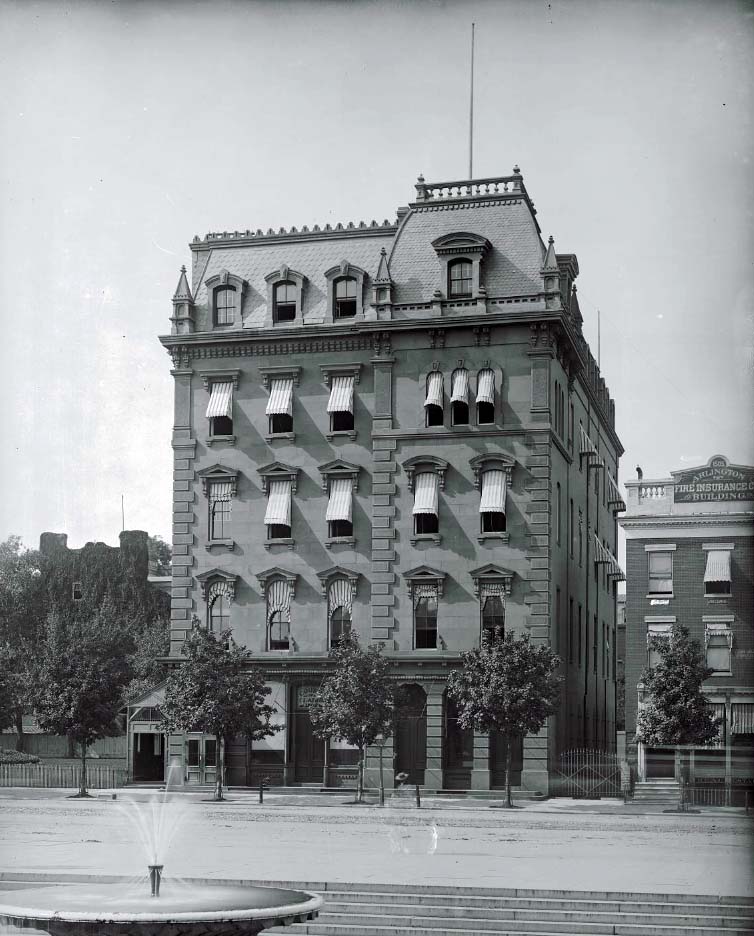 The Freedmen’s Savings and Trust Company, commonly referred to as The Freedmen’s Bank, was incorporated on March 3, 1865.  It was created by the United States Congress along with the Freedmen’s Bureau to aid the freedmen in their transition from slavery to freedom.

By late 1861, many black Americans along the border-states experienced a de facto freedom in the presence of occupying Union troops.  Some found employment in Union garrisons where they were monetarily compensated for their work.  At this time, northern abolitionists called for the creation of a freedmen’s bank to assist the ex-slaves in developing habits of financial responsibility.

During the Civil War, small banks were established across the South to receive deposits from black soldiers and runaway slaves working at Union garrisons. Many of the records of these deposits were lost, however, and many of the freedmen were prevented from recovering their deposits.  Also, when black troops were killed in combat and did not list next-of-kin, their deposits often went unclaimed.  Even when relatives were listed, locating them proved difficult since the Civil War disrupted black residential patterns.

John W. Alvord, a Congregational Minister and A. M. Sperry, an abolitionist, launched the Freedmen’s Savings and Trust Company in 1864 to eliminate individual bank mismanagement and bring all of the black deposits under central control in a single large institution.  After Congress passed legislation incorporating the bank on March 3, 1865,  President Lincoln immediately signed the bill into law.  Deposits were received only “by or on behalf of persons heretofore held in slavery in the United States, or their descendants.”  Up to 7% interest was allowed for deposits, and any unclaimed accounts were to be pooled into a charitable fund that was used to educate the children of ex-slaves.

In 1868 the bank headquarters was moved to Washington, District of Columbia (D.C.), where black staffers were trained to take over its operations. At its peak, the bank operated 37 branches in seventeen states and the District of Columbia making it one of the first multi-state banks in the nation. By 1870 nearly all the local branches were run by African Americans.

By 1874, massive fraud among upper management and among the board of directors had taken its toll on the bank.  Moreover, economic instability brought upon by the Panic of 1873 coupled with the bank’s rapid expansion proved disastrous.  Hoping to revive the bank, Frederick Douglass, who was elected president in 1874, donated tens of thousands of dollars of his own money to shore up the declining institution.

Although Douglass pleaded for Congress to intervene, on June 29, 1874, the bank was officially closed. At the date of closing $2,993,790.68 was due to 61,144 depositors.  Mistakenly believing that the deposits were insured by the federal government, the bank’s collapse left many African Americans cynical about the banking industry.