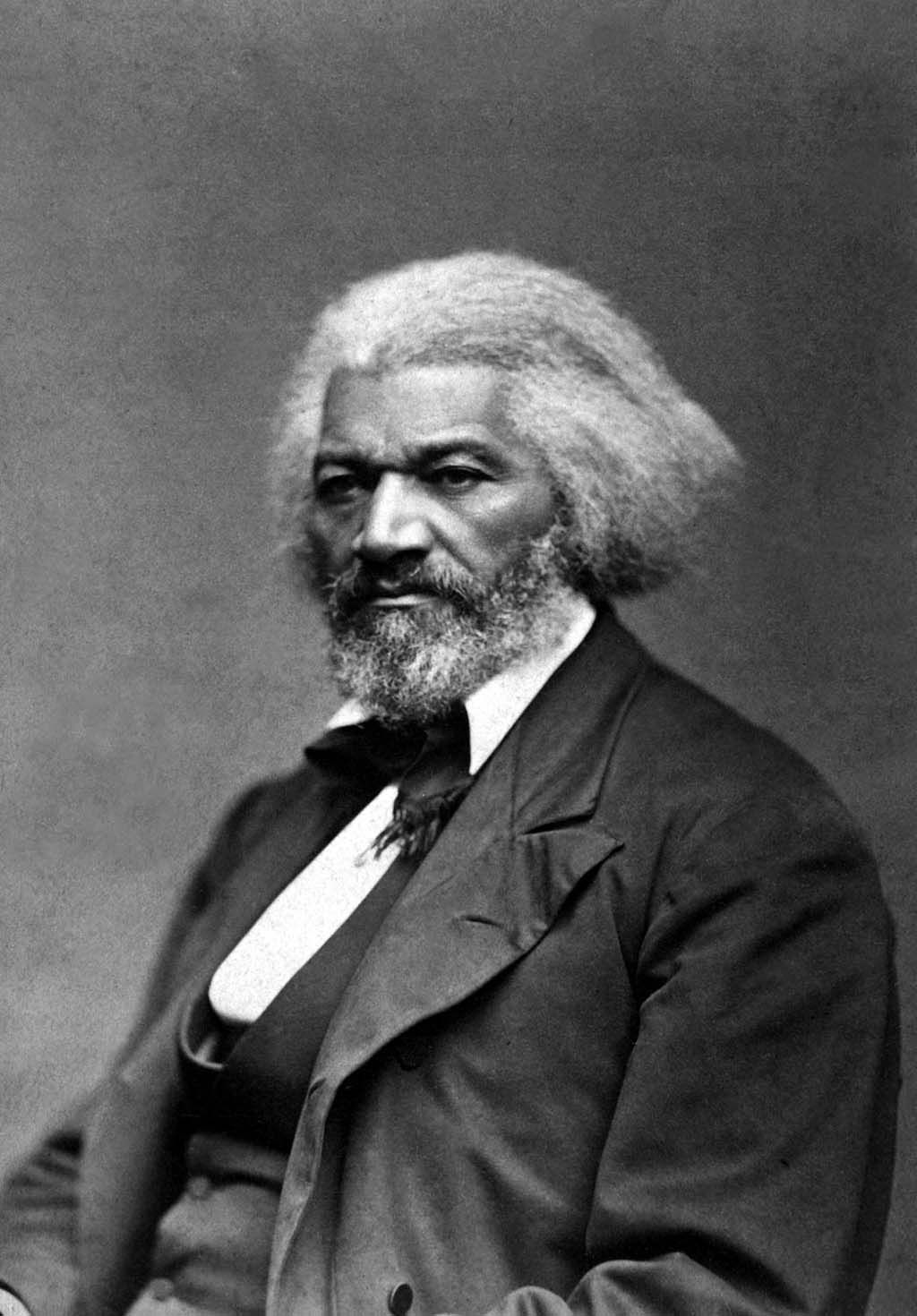 Frederick Douglass was born into Maryland slavery in 1817 to a slave mother and a slave master father. Young Douglass toiled on a rural plantation and later in Baltimore’s shipyards as a caulker. Douglass, however, learned to read and soon sought out abolitionist literature that alleviated what he termed the graveyard of his mind. He eventually escaped to New Bedford, Massachusetts in 1838, and took the surname Douglass, which he borrowed from the Scottish romance novel, Lady of the Lake by Sir Walter Scott. Douglass’s wife, Anna, followed with their five children. She worked as a laborer in a New Bedford shoe factory while Douglass became a world renowned anti-slavery orator.

Douglass published his slave experiences in 1845 entitled Narrative of the Life of Frederick Douglass, an American Slave: Written by Himself. Having publicly declared himself a fugitive slave, Douglass fled to the British Isles to continue his outspoken campaign against American slavery. After two years of lecturing in England, Scotland, and Ireland, Douglass’s freedom was purchased by abolitionist friends and he returned to the United States a free man. Upon his return in 1847, Douglass began his first newspaper, The North Star which later became Frederick Douglass’ Paper.

Douglass’s life spanned important decades of American history in which the contradictions of race, class and gender were debated. Douglass played a crucial role in those debates. He spoke out against Northern race prejudice as well as Southern slavery. He challenged segregated Sabbaths–either white or black and criticized the race prejudice of immigrant labor organizations which excluded black freemen. Douglass once remarked that his son could more easily become an apprentice in a Boston law firm than in any workingman’s organization. Even while realizing this fact, Douglass became a strong advocate of industrial trade school education for black workingmen. In 1848, Douglass was the only male speaker at the Seneca Falls, New York convention in which Elizabeth Cady Stanton and other activists issued a declaration of women’s rights, the “Declaration of Sentiments.”

Douglass gave arguably his most famous oration, “What, to the Slave, Is the Fourth of July?” in Rochester, New York, on July 5, 1852. His theme was that American liberty was a fraud replete with thinly veiled crimes that would embarrass “a nation of savages.”

As the United States rushed toward the Civil War, Douglass was forced to choose sides between African Americans who wanted to return to Africa and those who wanted to remain in the land of their birth. Beginning in the 1830s a series of national Negro conventions, held in various northern cities, debated whether to go or stay. Douglass advocated remaining and fighting to change the United States. During this period, Douglass was confronted by the black nationalist Henry Highland Garnett who in 1843 called on the slaves to rise up and strike for their freedom, and by Martin Delany in the 1850s who schemed with the American Colonization Society in support of emigration to Africa.

However, with the passage of the Fugitive Slave Law in 1850, even Douglass began to entertain radical and violent solutions which would help blacks gain their freedom and, at the same time, destroy American slavery. His new radicalism led him to support John Brown’s raid by permitting Brown to stay at his home for planning strategy.

With the outbreak of the Civil War, Douglass urged black men to support the war effort and specifically to join the Union Army with essays such as “Men of Color, To Arms.” Two of his sons were among those men who joined the all-black Fifty-fourth Massachusetts regiment. After the war, Douglass served as President of the Freedman’s Bank. He recognized the failure of Reconstruction in an 1888 speech entitled “I Denounce the So-Called Emancipation as a Stupendous Fraud.”

In the remaining years of his life, Douglass served in a variety of federal positions which included America’s consul-general to Haiti (1889-1891), post he held simultaneously with the position of charge d’affaires to Santo Domingo (now the Dominican Republic). His activism continued even into the last few years of his life. Working with Ida B. Wells-Barnett, Douglass co-authored an indictment against the organizers of the 1892 Columbian Exposition held in Chicago in an essay entitled “Why the Colored American Is Not in the World’s Columbian Exposition.”

Douglass died in Washington, D.C. in 1895. An essay written in 1857 captured his unrelenting zeal to fight against injustice when he said: “Those who profess to favor freedom, and yet deprecate agitation are men who want crops without plowing the ground, they want rain without thunder and lightning, they want the ocean without the awful roar of its many waters.”