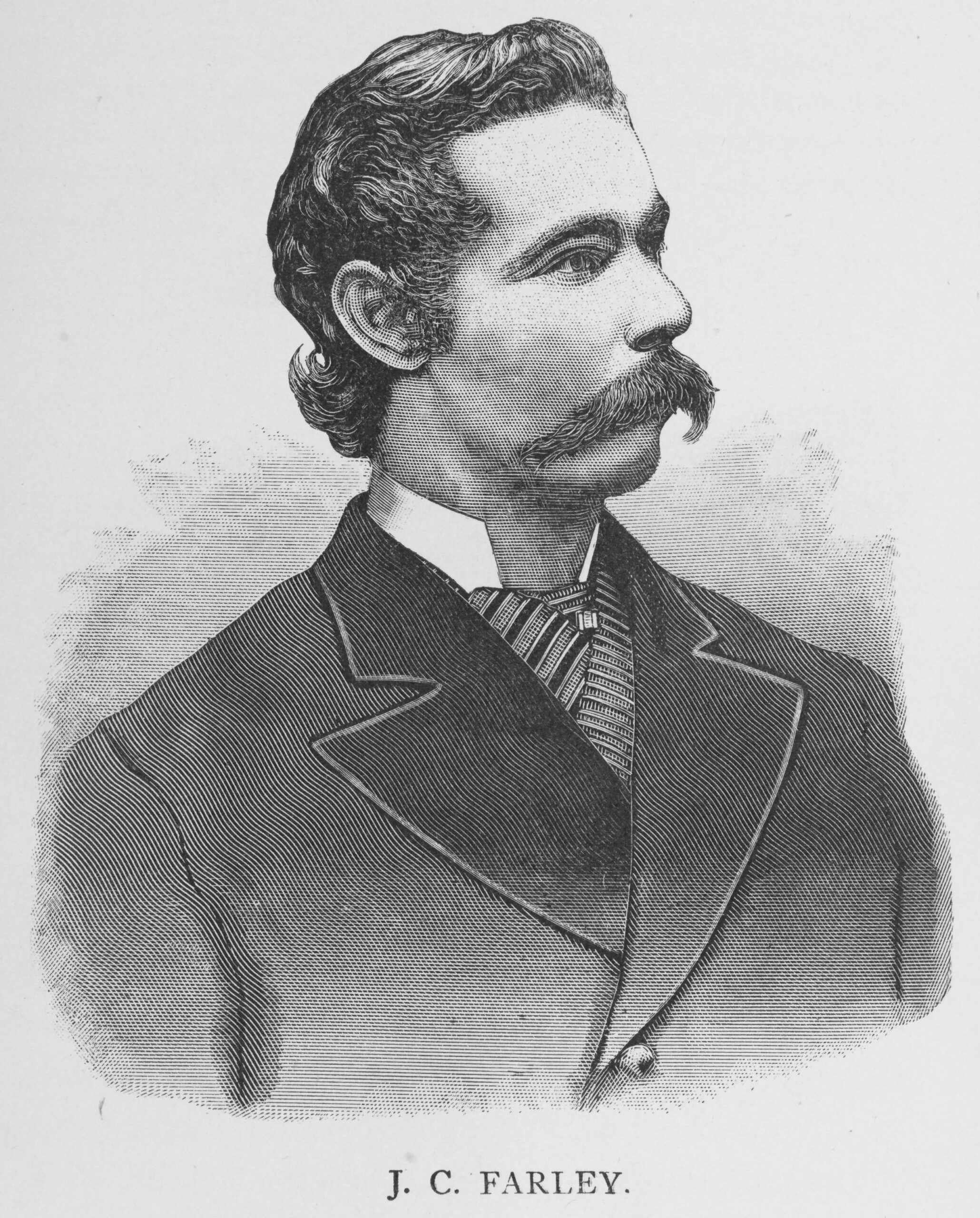 James Conway Farley, the first African American to achieve prominence in the photography industry, was born on August 10, 1854 to slave parents in Prince Edwards County, Virginia. After his father died, he and his mother moved to Richmond in 1861. The sources are unclear as to whether Farley and his mother were free by that point. Farley’s mother worked as the storeroom keeper at the Colombia Hotel and Farley assisted her by making candles. He was taught to read and write by a cook at the hotel until he attended public school for three years. In an effort to help his mother financially, Farley apprenticed as a candle maker and a baker. Neither of these occupations held much interest for Farley. In 1872 he was hired at the chemical department of the C.R. Rees photography company in downtown Richmond, where he quickly developed a skill and passion for photography.

In 1875 Farley became an operator for G.W. Davis Photography Gallery, where he was given work autonomy rare to most African American at this time. Farley was able to set up the scenes for his photos and develop them. As the only black operator at the gallery, the four white operators were furious at his employment, skills, and success. They threatened to leave the gallery unless the proprietor, Davis, fired Farley. Noticing the disgruntlement among his coworkers and not wanting to harm Davis’ business, Farley offered to step down. Davis, however, acknowledged Farley’s great skill and dismissed the four white operators, while keeping Farley. Farley stayed at the Davis Gallery for twenty years, becoming the chief operator and helping the gallery become one of the most successful in the South.

Farley married Rebecca P. Robinson on December 10, 1876. The couple had seven daughters. Two years later, Farley joined the First Baptist Church, of which he would become deacon. Farley remained at the Davis Photography Gallery until 1895, when he opened his own business, Jefferson Fine Art Gallery, in Richmond.  His business, one of the few black-owned photography studios in the nation, became very successful, attracting both white and black patrons.

In an era when the photography industry was just developing and those involved were predominately white, Farley found extraordinary success. His exhibit at Richmond’s Colored Industrial Fair in 1884 won first prize. A year later in 1885 his work was displayed at the World Industry and Cotton Centennial Exposition in New Orleans, where he received a premium. Photographic journals across the United States praised his work.

Little is known of Farley death although most observers believe he died in Virginia in 1910. Today there are few remaining examples of Farley’s work. The only known surviving photograph is at the Valentine Museum in Richmond.