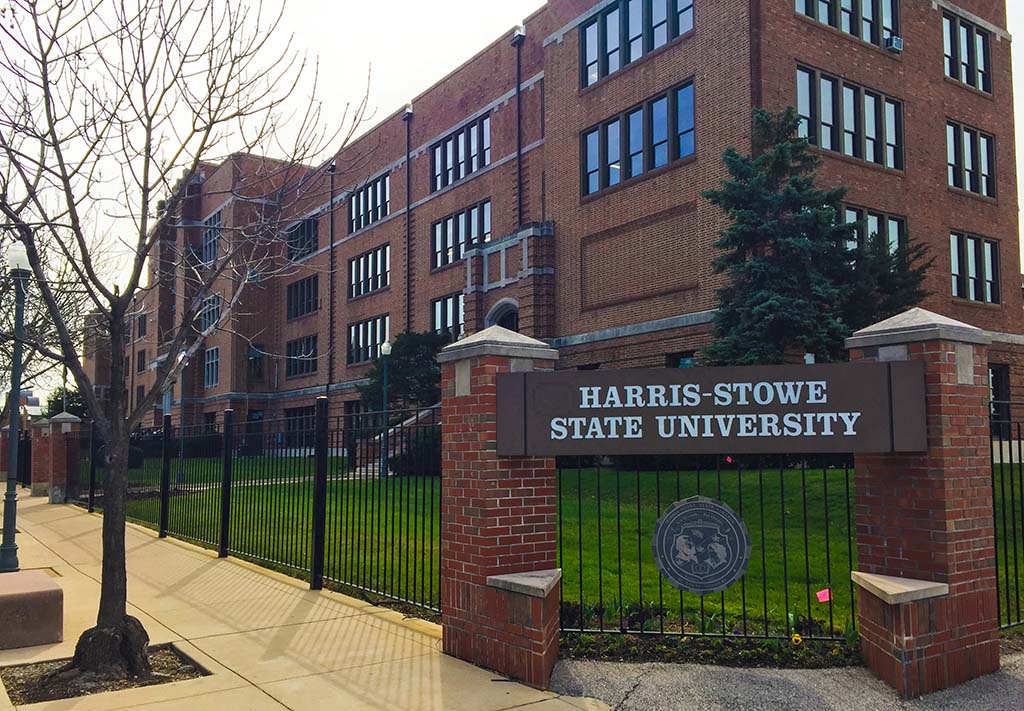 The older of the two, Harris Teachers College was created in 1857 by the St. Louis Board of Education to prepare white teachers for white elementary schools. Harris was named after William Torrey Harris who had been a Superintendent of Instruction in the St. Louis Public Schools and also a United States Commissioner of Education. In 1920, Harris Teachers College became an accredited four-year undergraduate college authorized to grant a Bachelor of Arts in Education Degree.

In 1890, the St. Louis Board of Education created the Sumner Normal School as an extension of Sumner High School in order to train black teachers for black elementary schools. In 1929, the institution was renamed Stowe Teachers College in honor of the abolitionist and novelist Harriet Beecher Stowe. In the wake of the desegregation of public schools, the two colleges were merged into one institution in 1954 and situated on the Harris Teachers College campus. In response to requests by alumni of Stowe and many in the St. Louis community, the St. Louis Board of Education in 1977 agreed to add the name of the former black institution to the school’s title and drop “Teachers.” Thus the institution became Harris-Stowe College. Later in 1979, the Missouri General Assembly enacted Senate Bill 703 that officially made the college a part of the State system of higher education and changed the name to Harris-Stowe State College.

In addition to the name change, the College’s degree was changed from a Bachelor of Arts to a Bachelor of Science in Education. In 1981, Harris-Stowe became the first university to offer Bachelor of Science in Urban Education. This degree is unique to Harris-Stowe and is designed to prepare teaching specialists for the unique urban-related problems affect inner city schools. During the 1990s, the College was authorized by the State of Missouri to broaden its course offerings to include degrees in Business Administration, Secondary Teacher Education, and Criminal Justice. In 2005, the College officially gained university status and became Harris-Stowe State University.