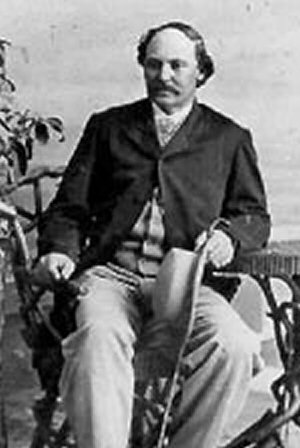 Robert S. Duncanson was a landscape and portrait painter born in northern New York in 1817. His father was Scottish and his mother was a mulatto. While Robert was technically born free due to manumission laws, he still faced the enormous prejudice against African Americans that was typical of the time. In order to ensure his education, Robert’s father took him to Canada for his schooling. In the early 1840s, Duncanson returned to the United States, and lived in Ohio with his mother, in a home about 15 miles from Cincinnati.

In 1842, within a year of his return, 25-year-old Duncanson’s work was being shown in Cincinnati. Although his early technique was self-taught, his work was greatly influenced by the Hudson River School of painters, and especially by William L. Sonntag.

Robert Duncanson was soon very well traveled, and painted in places such as Detroit, Michigan and North Carolina.  He also painted scenes from his trips to Europe. In 1853, his first trip to Europe took him to Italy where he met the famous sculptor Hiram Powers. Further trips took place in 1863 and 1870. These trips allowed him to make contact with and gain the praise of notables such as Lord Tennyson. There is some evidence to believe that his trips to Europe were funded by the Anti-Slavery League as well as the Freedmen’s Aid Society.

In 1872, only months after his return from Scotland and successful shows in Cincinnati, Robert S. Duncanson’s health deteriorated.  He died in Detroit on December 21, 1872 at the age of 55. Much of Duncanson’s work survives in private collections and museums like the Smithsonian.