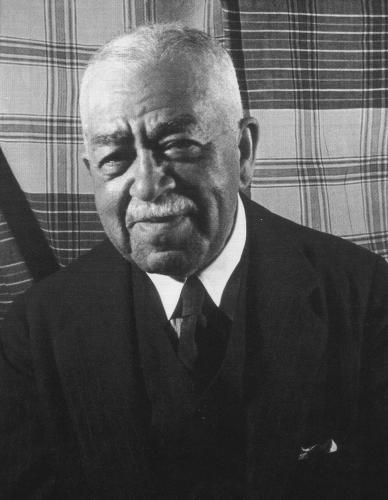 Harry Thacker Burleigh was the first and one of the most influential of the African American composers who emerged in the U.S. after the Civil War. Born in Erie, Pennsylvania in 1866, Burleigh showed an early passion for music and sang in local church choirs, but was unable to afford formal lessons until 1892 when he attended New York’s National Conservatory of Music on a scholarship. While there he developed a friendship with Antonín Dvorák, the school’s director, and the two shared an interest in using Negro spirituals and folksongs as inspiration for classical compositions.

After graduating, Burleigh began his musical career as a vocalist. He was selected as the baritone soloist in 1894 at St. George’s Episcopal Church in New York City and was the choir’s first and only black chorister. In 1900 he broke precedent again by becoming the first black soloist at Temple Emanu-El, a Jewish synagogue. The success of his singing career established Burleigh as a professional musician.  As an acclaimed soloist he was highly sought after, even singing at a command performance for King Edward VII of England.

In 1898 Burleigh married poet Louise Alston.  Their son, Alston, was born the following year. In the same year, he began to compose music.  In 1911, with a publishing contract with G. Ricordi and Company, he shifted his concentration from singing to composition.

Burleigh’s dedication to preserving the flavor of traditional Negro songs in composed forms was the trademark of his career as a composer, and a testament to his time spent with Dvo?ák. Especially unique to Burleigh’s work was his arrangement of spirituals for the solo voice. By arranging spirituals in the form of fine art songs, Burleigh made African American music accessible to concert singers for the first time.

In 1917 Burleigh was awarded the Spingarn Achievement Medal from the National Association for the Advancement of Colored People (NAACP) for excellence in the field of creative music. He also received an honorary master’s degree from Atlanta University and an honorary Doctor of Music from Howard University. In 1929 he published a collection of simply arranged Negro spirituals called the Old Songs Hymnal. At the age of seventy-five, Burleigh was the first African American to serve on the American Society of Composers, Authors, and Publishers’ board of directors.