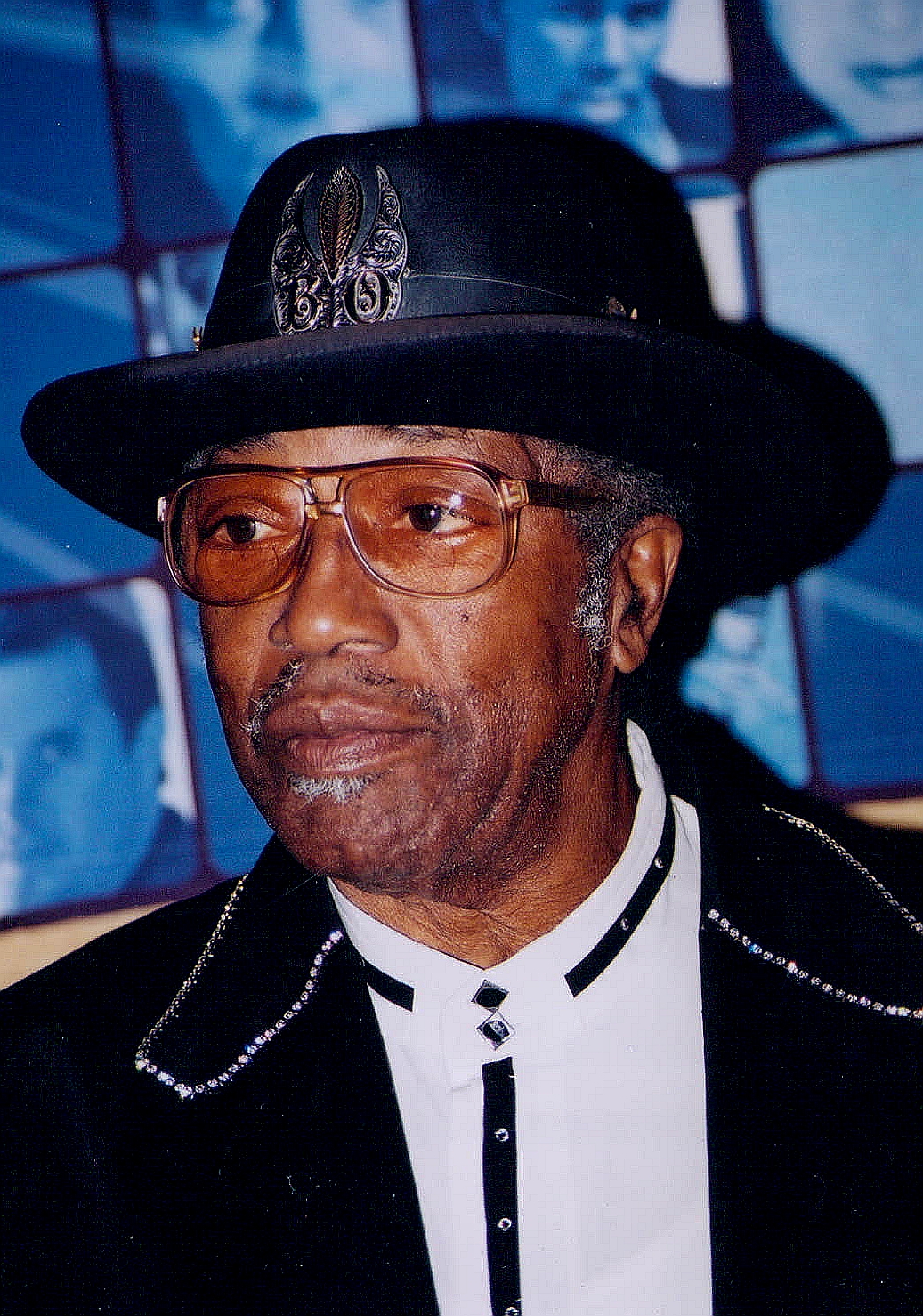 Boxer and singer Bo Diddley (birth name Ellas Bates McDaniel), was born on December 30, 1928 in McComb, Mississippi. He was adopted by his mother’s cousin when the mother’s husband died in the mid 1930s.  McDaniel moved her family to Chicago where young Ellas took violin lessons from Professor O.W. Frederick at the Ebenezer Missionary Baptist Church. He studied the violin for twelve years and composed two concertos. In 1940 his sister bought McDaniel an acoustic guitar for Christmas. He soon started to play the guitar, largely duplicating his actions on the violin.  Soon afterward he formed his first group of three named The Hipsters and later known as The Langley Avenue Jive Cats. It was during this time that band leaders gave him the nickname, Bo Diddley.

Diddley recorded his first single “Bo Diddley”/”I’m A Man on March 2, 1955 on Checkers Records. It topped the R&B chart for two weeks.  Soon afterwards Diddley began to tour, performing in schools, colleges, and churches across the United States.  Regardless of the venue he taught people the importance “of respect and education and of the dangers of drugs and gang culture.”

Bo Diddley was known for many new musical styles and innovations. He was one of the first musicians of the 1950s to incorporate woman musicians including Lady Bo. He hired her full-time to play all of his stage performances whereupon she became the first female lead guitarist in history to be employed by a major act.

Also the usage of special effects like reverb, tremolo and his manipulations of his guitar made him a ground-breaking musician. Diddley hopped and strutted around the stage while playing his guitar over his head, with his teeth, and even between his legs. In that regard he influenced numerous rock musicians from the 1960s on.