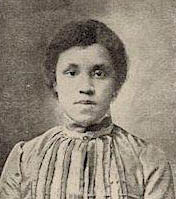 After graduating, she taught in Charlottesville’s public schools for a few years before getting married to Clinton Caldwell Boone on January 16, 1901. Shortly after their marriage, the couple decided to dedicate their lives to mission work in Africa and found sponsors with the American Baptist Missionary Union and the Lott Carey Foreign Mission Convention. On April 13, 1901, they left from New York City, New York for Palabala, in Congo Free State, arriving just over one month later.

In their new home Eva became a teacher for young children, and gave medical assistance to the people of the village. She also had the innovative idea of creating a group to teach villagers how to sew in the hopes of generating income for the village women. In a short time, she was able to enroll more than forty women in her sewing class, and her teaching with children was equally fruitful.

The couple did encounter difficulties when they first arrived:  namely, they did not speak French or any of the Congolese languages. More than a language barrier, however, was a cultural barrier because of their background in the United States. Initially Eva Coles struggled to enroll women in her sewing class, as this activity was usually done by men in Congo. Their new life in Palabala was also made all the more difficult when they lost their child in 1901, the same year they arrived in Africa.

Ultimately, the villagers grew fond of the Boone couple, and most especially of Eva, who they affectionately called “Mama Bunu.”  Her missionary life was, unfortunately, ended early by her untimely death. On December 8, 1902, Eva Coles died of a poisonous snake bite at the age of 21. She was mourned by the community and buried in Palabala. Her husband Clinton Caldwell Boone remained in the Congo Free State to continue his ministry and missionary work.  He later wrote books about his experiences there including Congo as I saw it which was published in 1927.  The book was dedicated to his late wife, Eva Coles Boone.