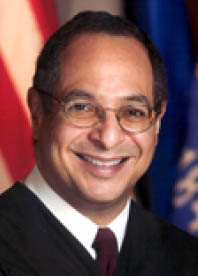 Louis Bennett Butler, Jr. became the first black justice on the Wisconsin Supreme Court in 2004 and served on the court until 2008. Butler also became Wisconsin’s first Public Defender to ever argue before the United States Supreme Court in 1988 during the trial of McCoy v. Wisconsin Court of Appeals.

Butler was born February 15, 1952 in Chicago, Illinois. In 1973 he earned his bachelor’s degree from Lawrence University in Appleton, Wisconsin and in 1977 he earned his law degree from the University of Wisconsin Law School. In 1979 Butler began to work for the state public defender’s office as an assistant trial lawyer and appellate practitioner and remained there until 1992. Butler was then appointed to the Milwaukee Municipal Court and served as a municipal judge until 2002, when he was elected to the Milwaukee County Circuit Court, Branch 9. In 2004 he was appointed to the Wisconsin Supreme Court by Governor Jim Doyle, and served as a justice until 2008.

Butler is a permanent faculty member of the National Judicial College in Reno, Nevada, where judges both nationally and internationally come to continue their judicial education. Butler has lectured on criminal, appellate and municipal law since 1983. He also is a judge in the Southwestern Law School Moot Court Competition in Los Angeles, California and previously worked as an adjunct assistant professor of law at Marquette University Law School where he helped direct the Wisconsin Public Defender Clinical Program.

Butler is currently an attorney at the law firm DeWitt, Ross & Stevens. His expertise lies in litigation, appellate law, mediation, environmental law, and construction litigation. He is the president of the Fellows of Wisconsin Law Foundation, and is a member of numerous boards and associations.

Throughout his career Butler has received many awards, including the American Federation of Teachers Local 212 Humanitarian of the Year Award; the NAACP Foot Soldier’s Award; the Wisconsin Council of Deliberations, Prince Hall Masons Outstanding Citizen’s Award; and received an Honorary Doctorate in Humanities from Lawrence University in 2007. He was also nominated by President Barack Obama in 2009 to the United States District Court for the Western District of Wisconsin. Butler has a wife, two daughters, and two grandchildren.