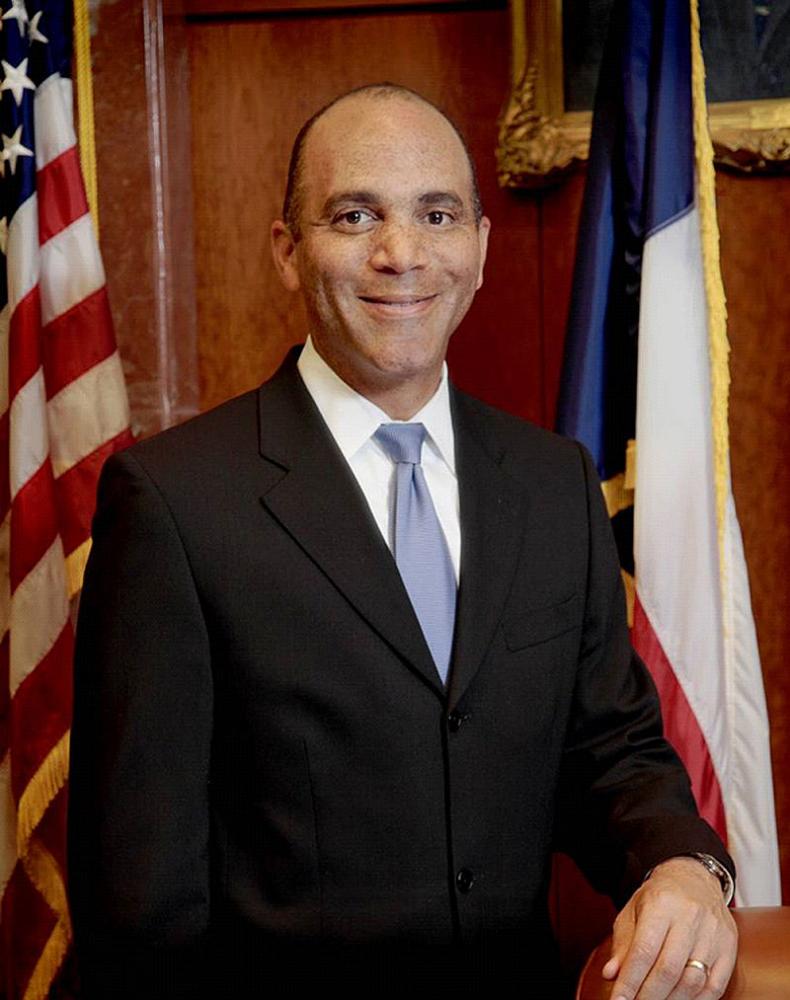 Wallace B. Jefferson was the first African American to serve as a Justice and Chief Justice on the Texas Supreme Court. Born on July 22, 1963, to William and Joyce Jefferson, in San Antonio, Texas. In 1981, Jefferson graduated from John Jay High school in San Antonio, Texas. He then attended Michigan State University, where he received his bachelor’s degree in political philosophy and continued on to law school at the University of Texas in Austin to receive his Juris Doctor (J.D.) in 1988.

Jefferson began his career at Crofts, Callaway & Jefferson, founded by Tom Crofts and Sharon Callaway, in 1991. The San Antonio, which specialized in  civil appellate law, gave Jefferson the opportunity to successfully argue and win two cases in front of the United States Supreme Court before the age of 35.

In 2001, at the age of 50, Jefferson was appointed to the Texas Supreme Court after being nominated by Governor Rick Perry.  He stood for election the following year and became the first African American voted in to serve on the Texas high bench.

After his retirement from the Texas Supreme Court, Jefferson then joined Alexander Dubose Jefferson & Townsend, a law firm located in San Antonio, to focus on civil appellate law. Jefferson also serves as treasurer for the American Law Institute (ALI). He joined the ALI in 2001 and was elected to its governing council in May 2011. Jefferson also serves on the Board of Advisors for the Judicial Selection Initiative led by former U.S. Supreme Court Justice Sandra Day O’Connor, and he is Chair of the Texas Commission to Expand Civil Legal Services.

Wallace Jefferson has earned numerous awards including the Texas Center for Legal Ethics Chief Justice Jack Pope Professionalism Award in 2014, the Texas Appleseed J. Chrys Dougherty Good Apple Award in 2014, and the Anti-Defamation League Austin Jurisprudence Award in 2015. In 2016, the University of Texas awarded him the Presidential Citation award. Wallace B. Jefferson Middle School in San Antonio, Texas is also named for him.

Jefferson currently works for Alexander Dubose Jefferson & Townsend at their Austin office. He is married to Rhonda Jefferson, and they have three sons together.