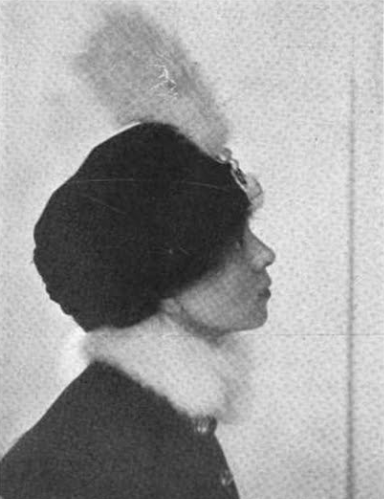 Belle da Costa Greene was one of the most prominent librarians in American history. She was born Belle Marion Greener to African American parents Richard Theodore Greener and Genevieve Ida Fleet Greener, in Washington, D.C., on November 26, 1879. Her parents separated in her childhood. Her mother changed her last name to Van Vliet and her children changed their names to Greene. Greene also dropped her given middle name, and changed it to da Costa, and began claiming a Portuguese background to explain her light, dusky complexion in order to escape the deep racism and segregation of the era.

Not much is known about her early life, but sometime between 1901 and 1902, Greene moved to Princeton, New Jersey, and worked at the Princeton University Library. The assistant librarian was Junius Spencer Morgan, nephew of wealthy financier J. P. Morgan. Morgan at the time was building a library at the corner of Madison Avenue and 38th Street in New York City and was looking for someone to help him cultivate his growing collections. After being recommended, Greene met with Morgan in 1905, and was hired at $75 a week, roughly $2,219 in 2021. She was twenty-six years old.

Greene began working as Morgan’s stenographer and librarian. She was soon trusted with millions of dollars to purchase books, manuscripts and art items for Morgan. She toured Paris, France, Milan, Italy, Munich, Germany, and Tunis, Tunisia as well as other locations in search of rare works for Morgan. In the process she became a collector herself. She outbid British museums for Egyptian manuscripts and scrolls, ancient tablets, and works by Raphael and Rembrandt.

She never married but admitted to affairs with Morgan, a Norwegian Count, a British Duke, and a decade long affair with art critic Bernard Berenson, whom she met in 1909 in New York. Berenson was married and lived in Italy with his wife, Mary. Berenson and Greene often traveled together, in search of rare works, and shared a love of Islamic manuscripts and miniatures. Her passion for fashion played out in her attire of wide brimmed, plumed hats and fine gowns she wore daily.

By 1912, Greene was earning a quarter of a million dollars a year. When J.P. Morgan died in 1913, he left Greene $50,000 in his will (approximately $1,300,000 in contemporary dollars). In 1924, Greene was appointed the inaugural director of the Pierpont Morgan Library. Greene was elected a Fellow of the Medieval Academy of America in 1939, making her the second woman and the first known person of color to be so honored. She retired in 1948, after forty-three years at the Pierpont Morgan Library.

Belle da Costa Greene died of cancer on May 10, 1950 at the age of 71 in New York City. Just before her death, Greene burned all of her personal papers to further obscure her heritage and lineage. Heidi Ardizzone wrote her biography based on numerous letters sent to Berenson over the years.