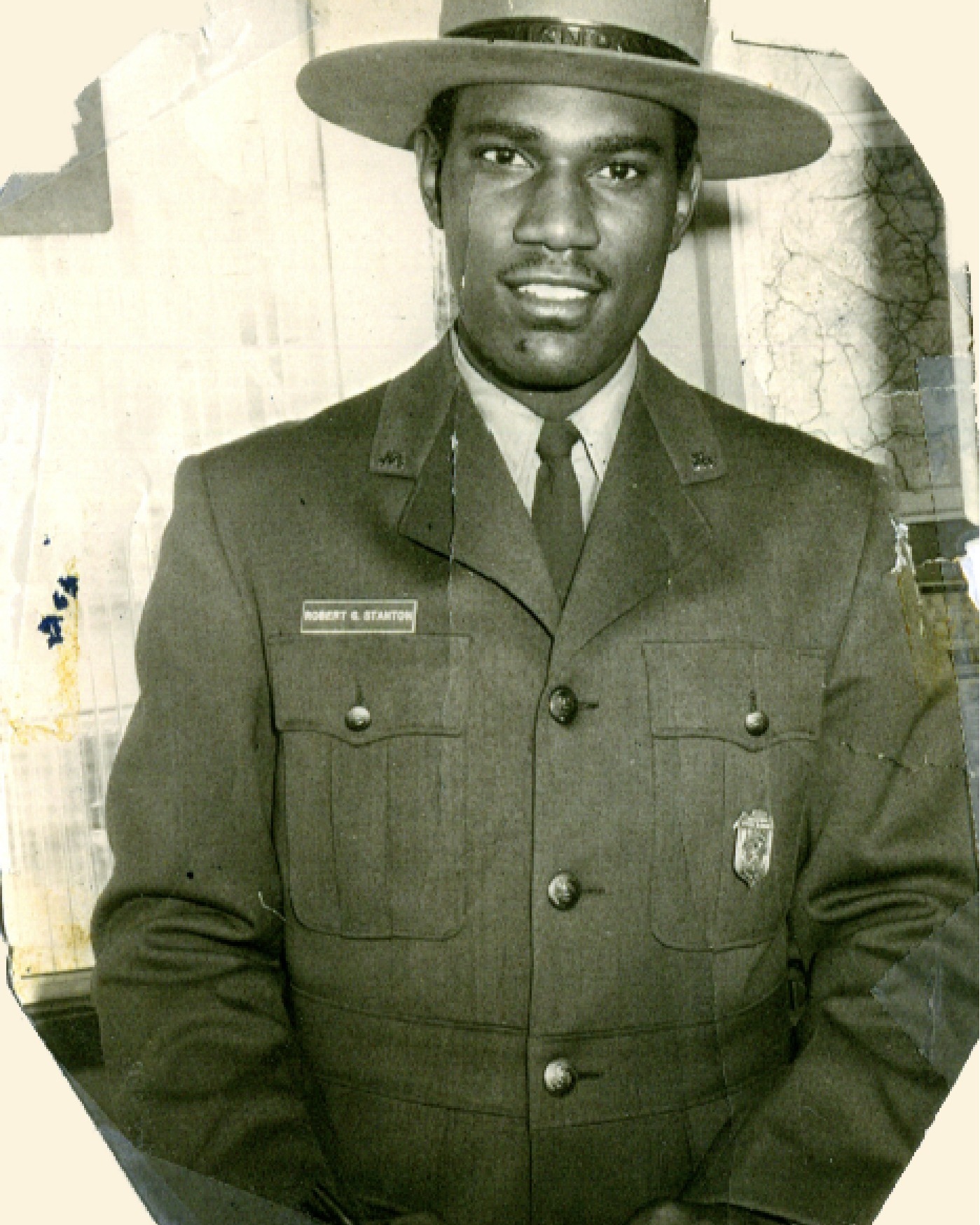 Robert George ‘Bob’ Stanton is a retired career civil-service employee of the National Park Service. On August 4, 1997, he was sworn in as the agency’s 15th director. He made history as the first African American director and the first director to go through the Senate confirmation process. Over the course of his nearly 40-year career, Stanton worked to improve the agency’s public programs to better serve minority communities, supported increasing workforce diversity, and programs to ensure recognition of cultural and historic sites related to minority contributions in the U.S.

Robert Stanton was born on September 22, 1940 in Fort Worth, Texas, and was the youngest of four children. He grew up in Mosier Valley, one of the oldest African American communities in Fort Worth. Parents of students attending the segregated Mosier Valley elementary school filed a federal lawsuit in 1949 to gain equal access to schools for their children in the Euless Independent School District. The successful lawsuit did not desegregate the district but it did result in a new brick building in 1953 to replace the dilapidated wooden building that had served as the local school. Stanton graduated from the segregated I.M. Terrell High School in Fort Worth in 1959 and earned a Bachelor of Science degree from Huston-Tillotson University in Austin, Texas, in 1963, becoming the first in his immediate family to graduate from college.

Stanton began his career with the National Park Service as a Seasonal Park Ranger at Grand Teton National Park in 1962. This trip to Wyoming was his first visit to a national park and the first time he left the state of Texas. In 1966, he accepted a full-time position in Washington, D.C. as a Personnel Management and Public Information Specialist. He served in the position until 1969 when he became the Management Assistant at National Capitol Parks-Central. Stanton served as the Superintendent of National Capitol Parks-East from 1970 to 1971 and the Superintendent of Virgin Island National Park in St. John, U.S. Virgin Islands from 1971 to 1974. In 1974, he took over as the Deputy Regional Director for the agency’s Southeast region in Atlanta, Georgia. Stanton returned to D.C. in 1976. He served as the Assistant Director of Resource Management until 1977 when he became the Assistant Director of Park Operations. In 1979, he was appointed the Deputy Regional Director for the National Capitol region, a position he held for the next eight years. He spent a year (1987-1988) as the Associate Director of Park Operations for the Washington Support Office in D.C. In 1988, he served as the Regional Director for the National Capitol Region. Stanton retired from the Park Service in January 1997. By August 1997, the Clinton administration restored him to active duty, making him the first careerist since Russell Dickenson to head the agency. Stanton retired again in January 2001. From 2009 to 2014, he served as the Deputy Assistant Secretary for Policy and Program Management and subsequently as the Senior Advisor to the Interior Secretary in the Department of Interior under the Obama administration. In 2014, President Obama appointed him as an Expert Member of the Advisory Council on Historic Preservation; he served in this position for six years.

Robert Stanton has two children, Rhonda and Braniff, with his wife, Janet, and one grandchild, Jordan. He continues to devote much of his time to professional and civic affairs.