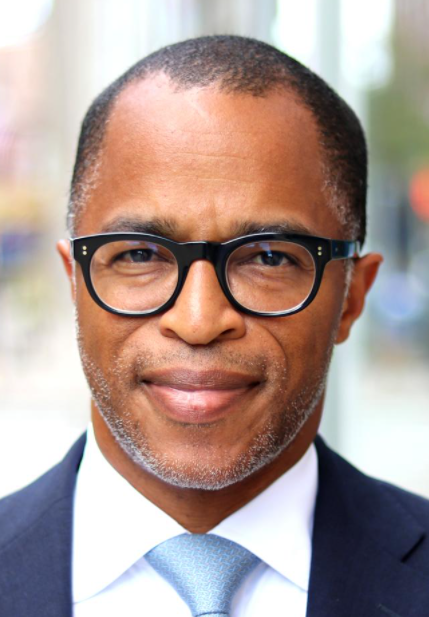 Jonathan T. Capehart is a journalist and television anchor. He was born in Newark, New Jersey on July 2, 1967. Capehart graduated from Saint Benedict’s Preparatory School, located in Newark, in 1985. He then attended Carleton College in Northfield, Minnesota, earning his B.A. in political science in 1989.

While attending college, his uncle McKinley Branch, who worked at The Today Show, took Capehart to work with him one day. Capehart made a contact that led to a two-year summer internship with The Today Show.

After graduation, Capehart worked as an assistant to the president of the WNYC Foundation, which supports WYNC 93.9 FM and AM 820, New York’s flagship public radio stations. The stations broadcast programs including American Public Media, NPR, the BBC World Service, and a host of other award-winning programs. Capehart returned to the Today in 1992 and worked as a researcher. From 1993 to 2000, he was a member of the New York Daily News editorial board. He received a Pulitzer Prize in 1999 as part of the editorial team that ran a series that helped save Harlem’s Apollo Theater.

Capehart left the Daily News in 2000 and temporarily wrote speeches and advised Michael Bloomberg during his 2001 run for mayor of New York City. He returned to the Daily News in 2002 and served as a deputy director of the newspaper until 2004. From 2004 to 2007, he worked as Senior Vice President and senior counselor of public affairs at Hill & Knowlton, a global public relations company. Capehart became a member of the editorial board of The Washington Post in 2007. In 2010, he guest anchored on a cable network news program for the first time. He began his podcast Cape Up in 2013. In 2018, Capehart began hosting Midday, a WNYC radio show. Beginning in 2018, Capehart was an occasional contributor of the PBS NewsHour and became a  regular contributor in January 2021. In December 2020, he was named the host of a new weekly program on MSNBC, The Sunday Show with Jonathan Capehart.

Jonathan Capehart has received numerous awards for his work with the LGBTQ community. In May 2016, Capehart became engaged to his longtime boyfriend, former State Department official Nick Schmidt, and on January 7, 2017, the two were married by former U.S. Attorney General Eric Holder in Washington D.C.