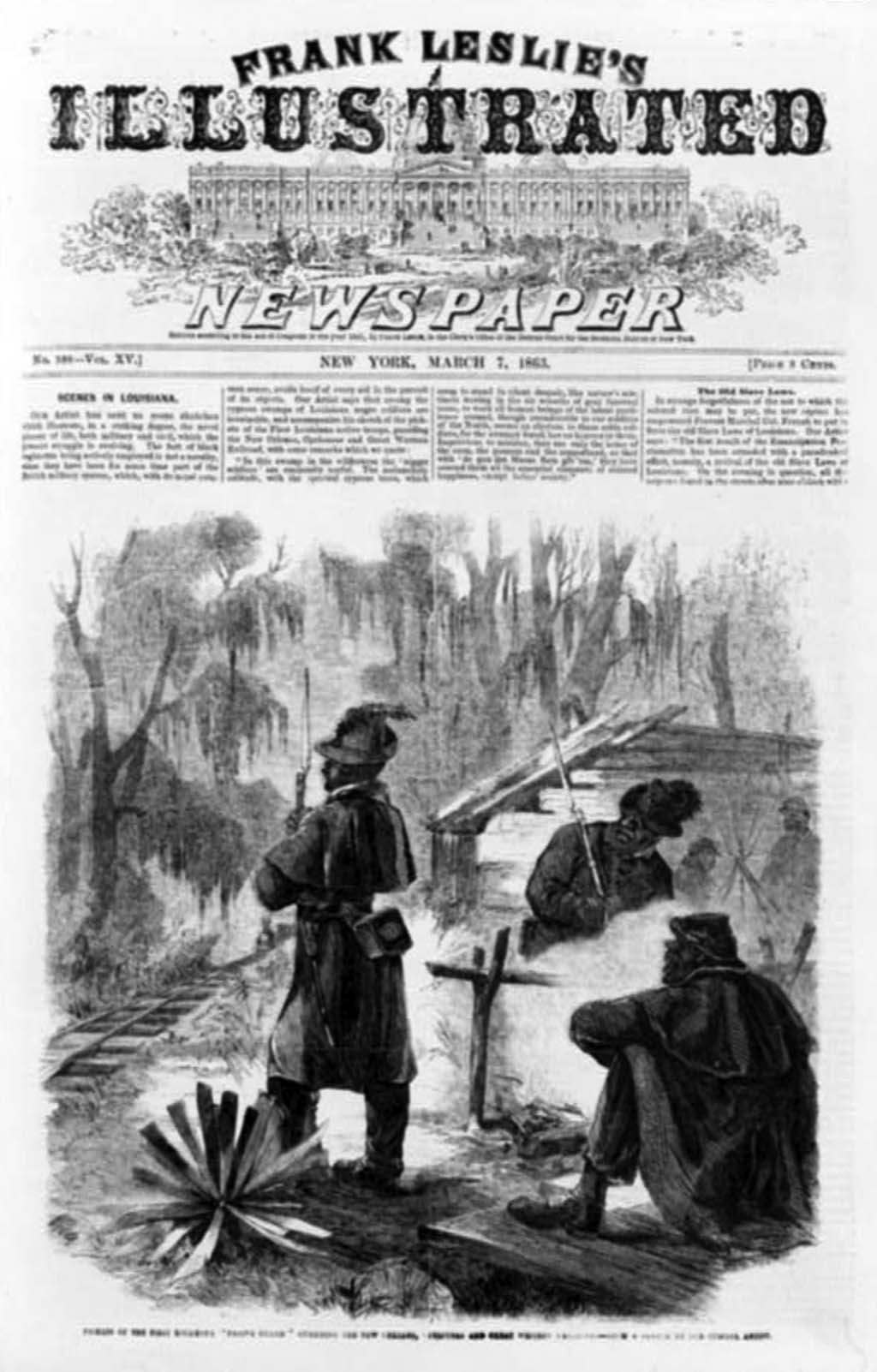 The 1st Louisiana Native Guard (USA) was one of the first all-black regiments to fight in the Union Army during the American Civil War. The Guard originated in New Orleans, Louisiana in 1862, during its occupation by Union forces. On September 27, 1862, Major General Benjamin F. Butler, the Union military commander, organized the Union Army’s 1st Louisiana Native Guard regiment of 1,000 men that included some men who had earlier served in the Louisiana Confederate Militia under the same name.

Most of the initial volunteers were “free men of color.” They were organized under the command of Captain Andre Cailloux who had previously served as a lieutenant in the Confederate regiment of the same name. Soon escaped slaves from surrounding plantations joined the regiment, and by November 1862 Union commanders created two new regiments. All told nearly 4,000 men were in the Louisiana Native Guard. Line officers (lieutenants and captains) in these regiments were black although higher ranking officers were white. One of the line officers was Pickney Benton Steward Pinchback who in 1871 would serve briefly as the first black governor of Louisiana.

From September 1862 to May 1863 the Louisiana Native Guard were used primarily as a labor detail. They chopped wood, gathered supplies and dug earthworks and guarded them. Beginning in January 1863 they also guarded rail lines around New Orleans.

On May 27, 1863 the 1st and 3rd regiments of the Guard saw combat for the first time when they participated in the first assault on Confederate forces at Port Hudson, Louisiana. Their charge was unsuccessful, and the Guard was pushed back. Of the 1,080 Guard soldiers who took part in the battle, 37 were killed, 155 wounded and 116 captured. Captain Andre Cailloux, the commander of the 1st regiment, died heroically in that first assault. The Guard participated in a second assault on June 14 and saw the fall of Port Hudson on July 9. The capture of the city along with the successful siege of Vicksburg, Mississippi on July 4 meant that Union forces controlled the entire length of the Mississippi River, effectively splitting the Confederacy in half.

In June 1863, shortly before the final victory was achieved at Port Hudson, the three Native Guard regiments were redesignated the 1st, 2nd, and 3rd Corps d’Afrique. Although they had fought well at Port Hudson, poor treatment by fellow Union soldiers and difficult field conditions led to large scale resignations by the black officers and desertions by enlisted men. In April 1864 the Corps d’Afrique was dissolved, and its members placed in the newly organized 73rd and 74th Regiments of the United States Colored Troops. At the end of the war in 1865 only about 100 of the original 1,000 men were still in the army.