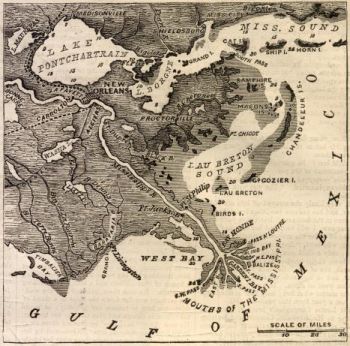 The 1st Louisiana Native Guard was the first official black regiment in the Confederate Army. The Guard was formed when Louisiana Governor Thomas Overton Moore accepted into the state militia a regiment of approximately 1,100 free African American men. When Governor Moore called for troops to defend Louisiana on April 17, 1861, a committee of ten prominent New Orleans free blacks called a meeting at the city’s Catholic Institute on April 22 to pledge their loyalty to the Confederate cause. About 2,000 people attended the meeting including 1,500 free blacks who signed a militia muster roll.

Governor Moore accepted their services and formed the 1st Louisiana Native Guard unit on May 2, 1861. All of the initial members of the Native Guard were French Speaking Creoles. Among those who joined the militia were successful architects, brick masons, dentists, doctors and carpenters. The Governor appointed three white officers as regimental commanders but company commanders were Creoles chosen from the ranks of the unit. Among these Creole officers was Lieutenant Andre Cailloux, who ironically would later join the Louisiana Native Guard Union regiment and die in a charge against Confederate forces at Port Hudson in 1863. Also among the officers was Lieutenant Morris W. Morris who also served in the 1st Louisiana Native Guard (USA) Regiment. Lt. Morris had the distinction of being the only black Jewish officer in the Confederate Army and later the only black Jewish officer in the Union Army.

Despite the initial enthusiasm of New Orleans’s free men of color for the Confederate cause, both state and national Confederate officials were uncomfortable with the idea of black soldiers within their ranks. The 1st Louisiana Native Guard was never provided uniforms or arms and as a result most of the men used their own resources for both clothing and weapons. In January 1862 the Louisiana State Legislature passed a law that required militia members to be white. On February 16, 1862, the 1st Louisiana Native Guard was disbanded.

Two months later, on April 26, 1862, the U.S. Army and Navy commanders accepted the surrender of New Orleans. Some men of the Guard were approached by Major General Benjamin Franklin Butler to fight against the Confederates. About ten percent of them accepted his offer, and in September 1862 they became the nucleus for the 1st Louisiana Native Guard, USA.