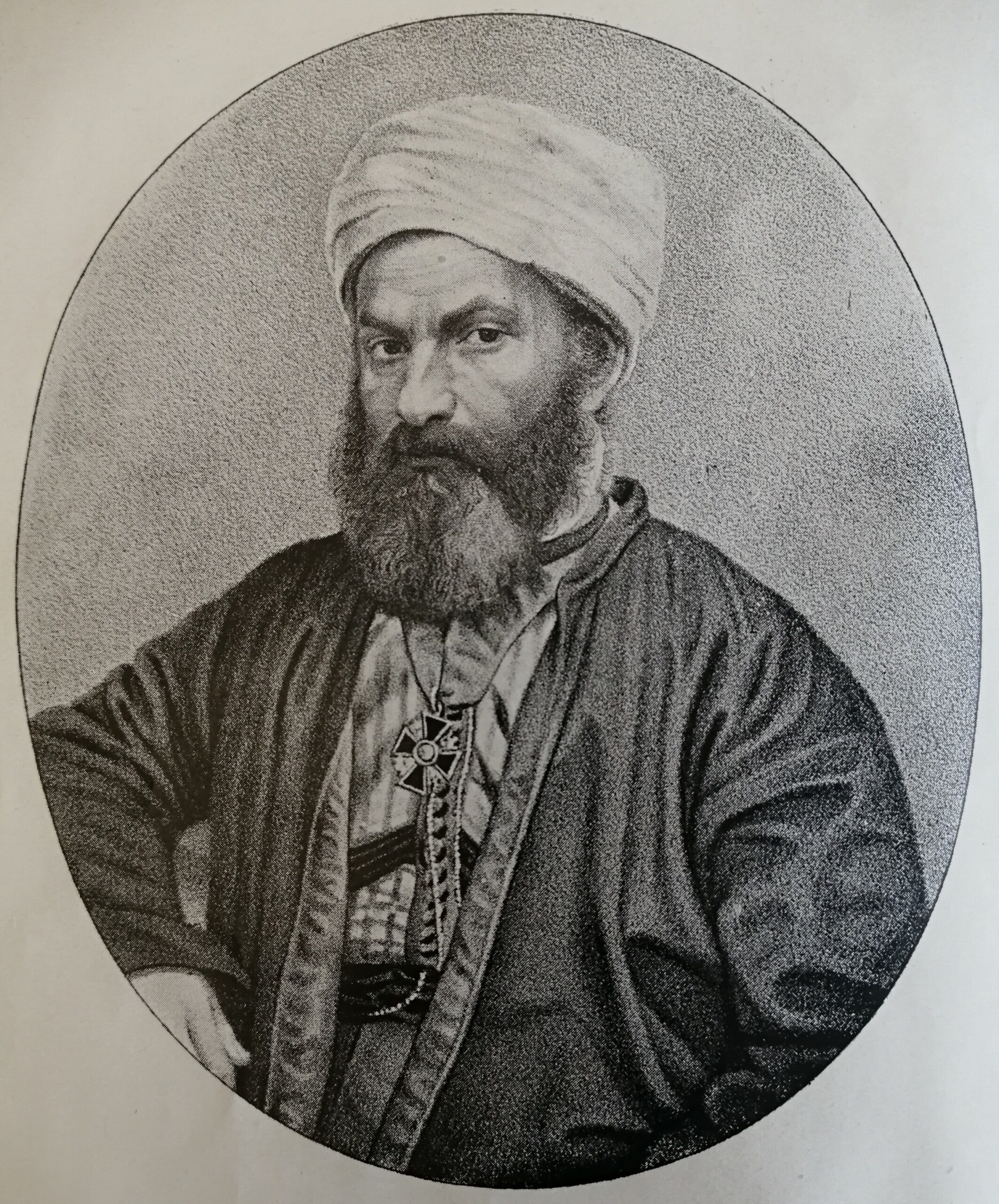 Egyptian Sheikh Muhammad Ayyad al-Tantawi, one of the youngest teachers of Arabic studies in Egypt (at that time the Ottoman Empire), traveled to and worked in Russia. During his residence in Russia, he was the first to compile an Arabic grammar manual in the Russian language.

Muhammad Ayyad al-Tantawi was born in the village of Nijrid, located near the city of Tanta in 1810. His father, Saad Ayyad, came from Mahallat Marhum and was a wholesale commissioner for the purchase of various goods, which he delivered to small merchants in his district. His mother’s name which is unknown, was from the town of as-Safiya. From the age of 10, he began to study science under the guidance of Sheikh Mohammed al-Kumi and then with Abi-n-Naj. Shortly after his arrival in Cairo, Muhammad enrolled in the Egyptian Muslim University, al-Azhar.

On August 3, 1828, al-Tantawi received an ijaza (permission to teach) at the age of 18. Tantawi taught at al-Azhar for ten years. Among his students were people who subsequently made a significant contribution to the development of European Arabic studies. Among them are F. Fresnel, A. Perron, A. Sprenger, E. W. Lane, as well as Russian diplomats, N. Mukhin and R. Fren. It was these two Russians who facilitated al-Tantawi’s move to St. Petersburg.

Before leaving for Russia, al-Tantawi attended a reception hosted by Muhammad Ali, the ruler of Egypt. On March 28, 1840, he reached Alexandria and from there went to Russia. Of the three and a half months of travel he spent two months in quarantine in Istanbul and Odessa, since there was a bubonic plague epidemic in Egypt at that time.

In 1840, Muhammad Ayyad al-Tantawi began to teach an Arabic language course at the Educational Department at the Asian Department of the Ministry of Foreign Affairs. In 1847 al-Tantawi began teaching at the Department of Arabic at St. Petersburg University. Teaching was conducted in the French and Russian languages. Al-Tantawi’s new students included one who rose to prominence, the Finnish Arabist and traveler (of Swedish origin) Georg August Wallin (1811-1852).

The works of Professor al-Tantawi at St. Petersburg University were highly valued. At the request of the university authorities he received numerous awards, orders, and accolades. After the formation of the Oriental Faculty in 1855 the Sheikh took up teaching Arab-Muslim history. By that time Muhammad Ayyad al-Tantawi was the author of more than 20 books on Arabic studies in different languages published in Egypt, Germany, France and Russia.

Shortly after the grand opening of the Faculty of Oriental Languages in Russia, he suffered an illness that forced his retirement January 31, 1861. He was granted a pension but died on October 29, 1861, at the age of 51, Muhammad Ayyad al-Tantawi was buried in St. Petersburg, Russia.

Sheikh al-Tantavi married one of his colleagues, Uma Hassan, who had previously studied in Paris. The couple had a son Ahmad (born 1850) and later a granddaughter, Elena.

Ignatius Krachkovsky, Sheikh Tantawi, Professor of St. Petersburg University (1810–1861) (Leningrad: Publishing House of the Academy of Sciences of the USSR, 1929); Lily Golden, The Africans in Russia (The Institute for African Studies of the Academy of Sciences of USSR, 1966); Dmitry Mikulskiy, “Shaykh at-Tantawi and his “Traité de la lange arabe vulgaire” Islamic Studies 11:3 (2018), 513–536.