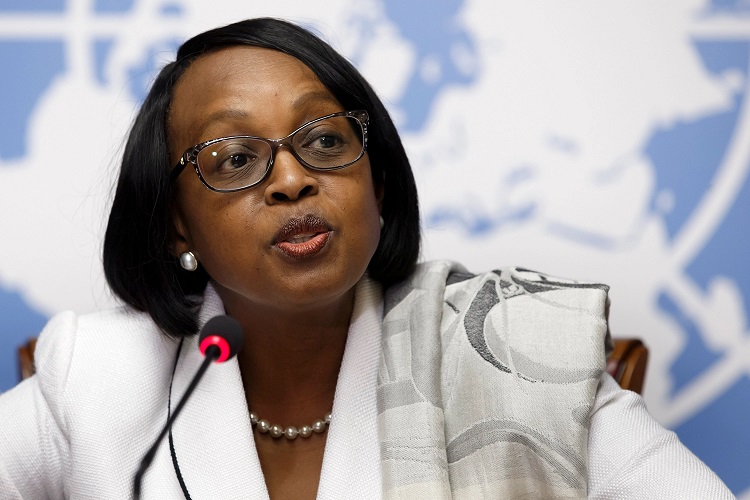 Matshidiso Rebecca Natalie Moeti is a medical doctor, public health specialist, and medical administrator from Botswana who has served as regional director of the World Health Organization Regional Office for Africa (AFRO), based in Brazzaville, Republic of Congo, since 2015. She is also the first woman to be elected WHO regional director for Africa.

Moeti was born in Johannesburg, South Africa, in 1954, but later moved to Botswana with her parents, who worked in health care and for the Botswana police. In 1978, she earned her Bachelor of Medicine and Bachelor of Surgery degrees from the Royal Free Hospital School of Medicine at the University of London. Later, in 1986, she earned a Master of Science in Community Health for Developing Countries from the London School of Hygiene and Tropical Medicine.

She joined the Africa Regional Office of WHO in 1999 and served as Deputy Regional Director, Director of Noncommunicable Diseases, WHO Representative for Malawi, coordinator of the multi-country support team for South and East African countries, and regional HIV/AIDS advisor. She is known for leading WHO’s “3 by 5” initiative in the African region at the height of the HIV/AIDS epidemic, which resulted in significant improvements in access to antiretroviral medicines for people living with HIV.

Prior to joining WHO, she worked at UNAIDS as team leader of the Africa and Middle East unit in Geneva (1997-1999); with UNICEF as regional health advisor for Eastern and Southern Africa; and at the Botswana Ministry of Health as a clinician and public health specialist.

Moeti was appointed Regional Director of the WHO Regional Office for Africa on January 27, 2015, by the WHO Executive Council, which met at its 136th session in Geneva, Switzerland. She is the first woman to head this office. She took office on Feb. 1, 2015, for a renewable five-year term. She replaced Luis Gomes Sambo of Angola, who served as director of AFRO from 2005 to 2015. Moeti had previously been endorsed by the health ministers of the 47 member countries of the Africa Region at their meeting in Cotonou, Benin, in November 2014. She was re-elected for a second term in 2019. Her biggest challenge in the second term has been organizing campaigns to battle COVID-19 across Africa.

Dr. Moeti has two daughters. One works in economic development and the other is a journalist, both with degrees in economics.