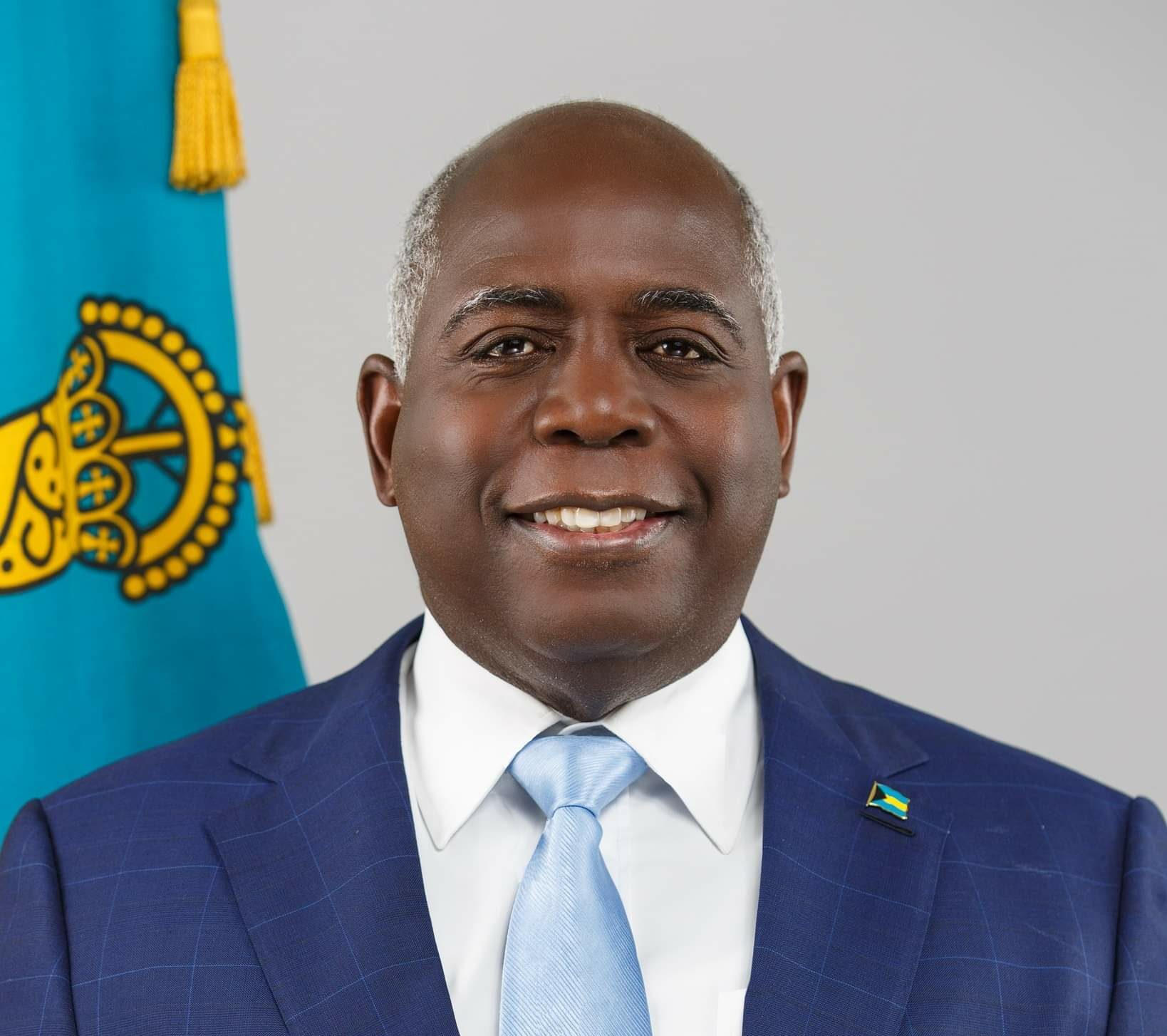 The Honorable Philip Edward “Brave” Davis, the fifth Prime Minister of The Bahamas and litigation lawyer, was born June 7, 1951, in Cat Island to Brave Edward Davis, a firefighter from Old Bight, Cat Island, and Dorothy Smith Davis, a housekeeper from Alexander, Great Exuma. The first child of eight children, he began his early education at the Old Bight All-Age School, the oldest of eight children. He graduated from St. John’s College (Anglican High School) in Nassau in 1969, where he was active in baseball, softball, and swimming. In 1975, Davis passed the Bahamas Bar and became a Partner in the Law Firm of Christie, Ingraham, and Company. In 1995, he was the president of the Bahamas Bar Association. 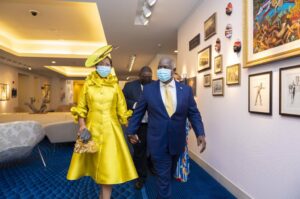 Philip is married to Anne-Marie Davis, is from Trinidad and Tobago and a Licensed Chartered Accountant, Alumna of the London School of Accountancy in London, England, and a Fellow of the Chartered Association of Certified Accountants of Scotland. They have six children, Philice Davis, Phillipa Davis, Philip Davis Jr., Philmore Davis, Christopher Davis, and Christian Davis.

In 2002, Davis became a Member of Parliament (MP) for Cat Island, Rum Cay & San Salvador. And from 2012 to 2017, he held the position of Deputy Prime Minister and Minister of Works and Urban Development in the Progressive Liberal Party Government. Afterward, Davis served as Leader of the Opposition until 2021.

In 2021, Davis was elected Prime Minister of The Commonwealth of The Bahamas by a Progressive Liberal Party landslide victory, winning 32 of the 39 seats in the House of Assembly. After being elected, he led a Bahamian delegation to New York City for the 76th Session of the United Nations General Assembly. Davis brought to their attention the devastation of the islands caused by Hurricane Dorian in 2019. He also addressed the High-Level Segment of the United Nations Climate Change Conference UK in Partnership with Italy, COP26.

In 2022, the Honorable Philip Edward “Brave” Davis updated the Bahamas about the fight against COVID-19. He informed his constituents about his discussion about The Bahamas’ future with the monarchy and that it will be a Bahamian decision. In addition, Davis presented his “Blueprint For Change” at the Bahamas Government’s Digital Transformation Symposium. He urged the citizens of the Bahamas to take full advantage of the transformative potential of technology, including e-Governance. He also outlined a vision and a framework to guide digital asset policy in The Bahamas.