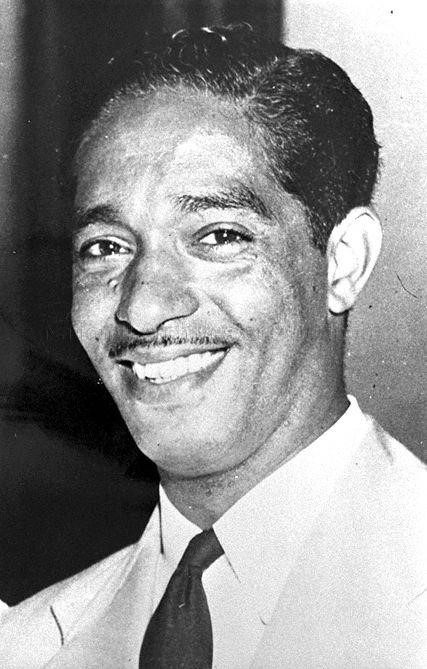 One of the most prominent government ministers in Singapore in the 1950s was Mak Pak Shee whose “very dark” skin tone did not seem to retard his other careers as doctor and businessman. Often said to have been of part Chinese, part Indian ancestry, it was not generally known that his father was an African sailor and his mother was Cantonese. Little has been reported about his family life. He had a brother and at least three sons. He was known to have been fluent in several languages including English, Mandarin, Cantonese, Hindustani, and had studied in India to practice as a homeopathic physician upon returning to Singapore.

In the era when Singapore was a British possession, Mak, a Muslim, stepped into politics at the grassroots level in 1949 when he got involved in local housing improvement, becoming chairman of the Siang Lim Park Residents’ Association and president of the Singapore Attap Dwellers Association (SADA). Years later he admitted to a reporter that wooden houses with attap (palm) roofs were in his words “veritable death traps” and urged construction of “properly zoned quarter-brick housing with asbestos or zinc roofs for kampong dwellers.” On two occasions after major fires raised hundreds of traditional huts, he helped to restore residences.

A member of the Labour Party, after four attempts he won a seat in Singapore’s Parliament in 1955 representing the less prosperous Geylang planning area, a predominantly native Malay enclave that featured a red-light district. Mak was reputed to be a “fixer” who adeptly skirted the edges of legality. In the crown colony’s First Legislative Assembly headed by Chief Minister David Marshall, he outmaneuvered party contenders to be picked Assistant Minister of Labour and Welfare in the Labour Front cabinet.

With the onset of self-governance and the ascendance of Lee Kuan Yew and the People’s Action Party (PAP) in 1959, Mak exited the political scene. The old-style ex-politician-cum fixer now found success as a businessman. In the 1960s he managed Pak Hoong Medical Enterprise which sold chemical products and Chinese medicinal preparations. His most publicized venture was announced in 1972 when as director of a new Hong Kong-Singapore company he welcomed 2,000 guests at the opening of the posh Oriental Lotus Restaurant and Night Club, with a staff of 110, at the Hotel Malaysia. There is no further record of Mak after that point.