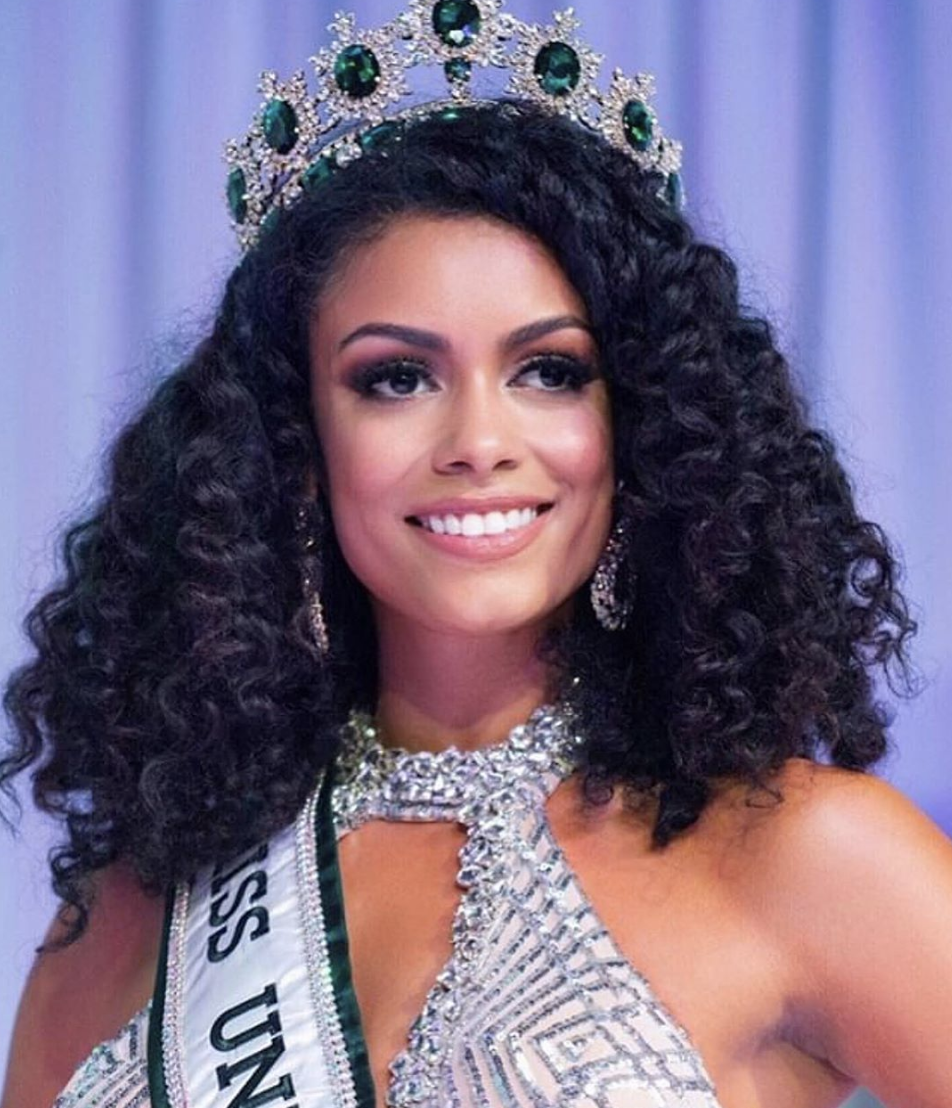 Few in the audience that began watching the 2019 Miss Universe Ireland Contest could have predicted that the winner, Fionnghuala O’Reilly, would not only be of African descent but also had arrived far from the shores of the Emerald Isle.

Born August 20, 1993 in the section of Hardin County, Kentucky where Fort Knox is located, she is the daughter of Irishman Fergal O’Reilly, a bricklayer and painter, and Vanetta O’Reilly, an African American he met in San Francisco. When her father was finally able to enlist in the United States Army the family, comprised of six girls, made visits to Sword, Ireland, her father’s birthplace. After years spent living outside a military base in Germany the family relocated in California. At age 9 an affinity for math and science resulted in O’Reilly’s attendance at Space Camp in Huntsville, Alabama, and as a teenager participation in the Summer Math and Science Honors Academy at the University of California at Berkeley.

O’Reilly won her first beauty contest, Miss Freshman, at George Washington University where she also pledged Alpha Kappa Alpha sorority. Instead of studying paleontology she earned her bachelor’s degree there in systems engineering. A tip from a friend lead to a position in the Datanaut program at the National Aeronautics and Space Administration (NASA) and was promoted to executive director of the NASA Space Apps Challenge which allowed her work remotely from her home in Dublin, Ireland.

In 2018, O’Reilly won the swimsuit competition and was third runner-up in the Miss District of Columbia USA contest. On August 1, 2019, she competed for the title of Miss Universe Ireland against 28 finalists in the Round Room of the Mansion House on Dublin’s Dawson Street. She won the crown and the equivalent of $78,000 in prizes. She also had the distinction of being the first person of color and the first person of African heritage to claim victory in the history of the contest.

Returning from Atlanta, Georgia, representing Ireland in the 2019 Miss Universe Contest, O’Reilly continued her association with Girls Who Code, a NASA-related program aimed at girls interested in STEM fields, and #ReachForTheStars, a social media initiative she launched that promotes women and diversity in STEM.