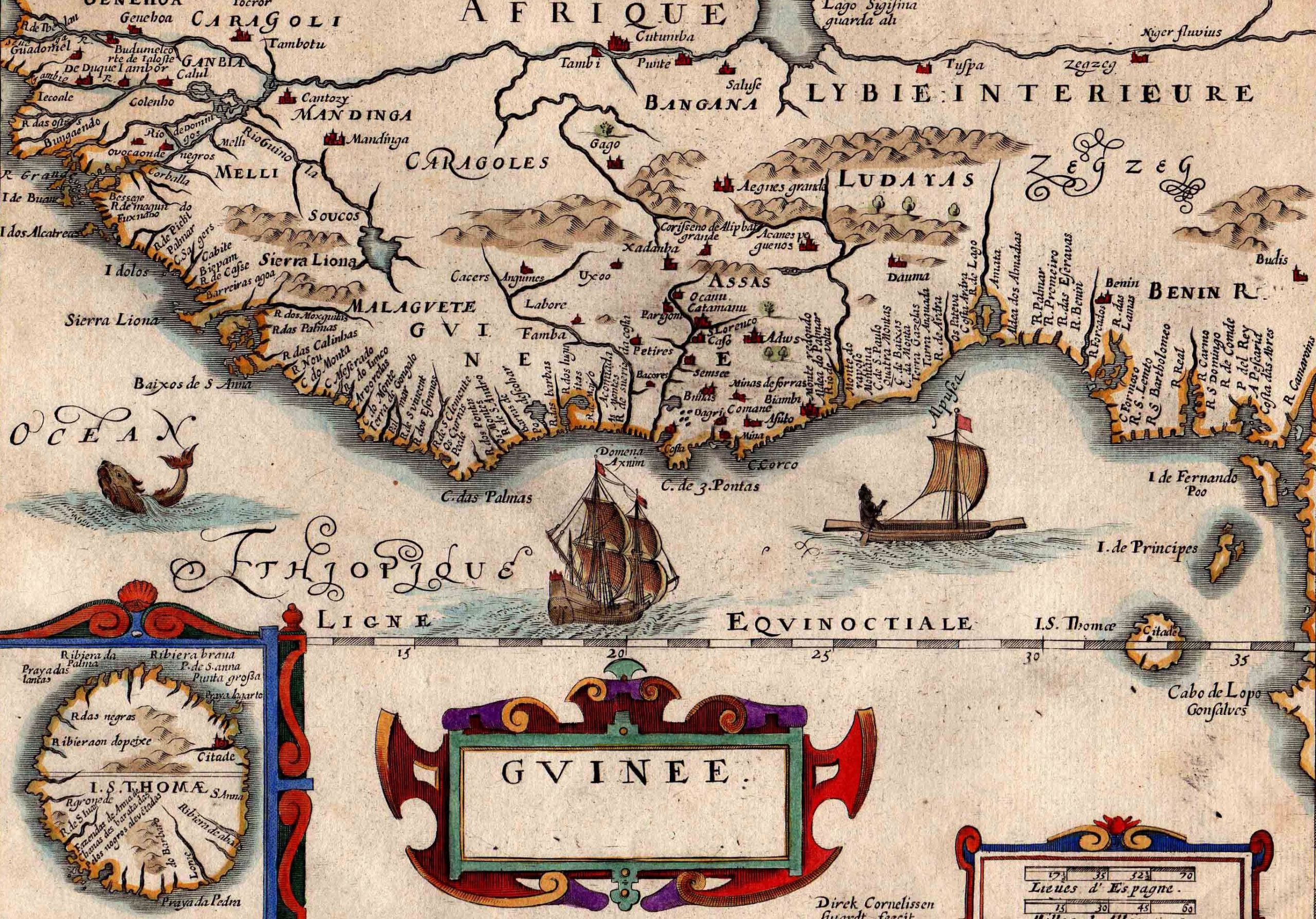 The Little George Ship Revolt took place on the British ship Little George in June 1730. The little-known revolt was one of the most successful uprisings of captured Africans on the high seas in history. The revolt occurred five days after the Little George had sailed from the Coast of Guinea to bring captured Africans to the British North American colony of Rhode Island. The revolt began as several Africans were able to slip out of their iron chains, overpower the crew, and sail the ship back to the continent of Africa and specifically to the Sierra Leone River where they abandoned the ship.

On June 1, 1730, Captain George Scott sailed his ship, the Little George, carrying ninety-six captured Africans from the Bonnana Islands off the Coast of Guinea (West Africa) to Rhode Island. There the captured Africans were to be sold as slaves. Five days into the Atlantic crossing, the captives, already mistreated by the ship’s crew and packed and chained down in heavy shackles in the dark and poorly ventilated lower deck of the ship, rose in revolt. On June 6, 1730, around 4:00 a.m. several captives freed themselves from their iron shackles and broke through the bulkhead of the ship. Getting on the ship’s deck, they seized weapons and killed three of the crew’s watchmen who were attempting to alert other crew members and Captain Scott.

Some of the captives made a bomb out of gunpowder pressed into a bottle, which they threatened to ignite. Recognizing that the explosion would have damaged and perhaps sunk the ship, the crew surrendered to the African captives. Without any sailing or navigation experience, the Africans, now in control of the ship, were able to turn it around and sail it back to the African continent. After a few days, the Little George reached the mouth of the Sierra Leone River where both the Africans and the British crew abandoned the ship. Later rescued by another slave ship, Captain George Scott, described in detail the revolt, thus leaving a record for later generations.