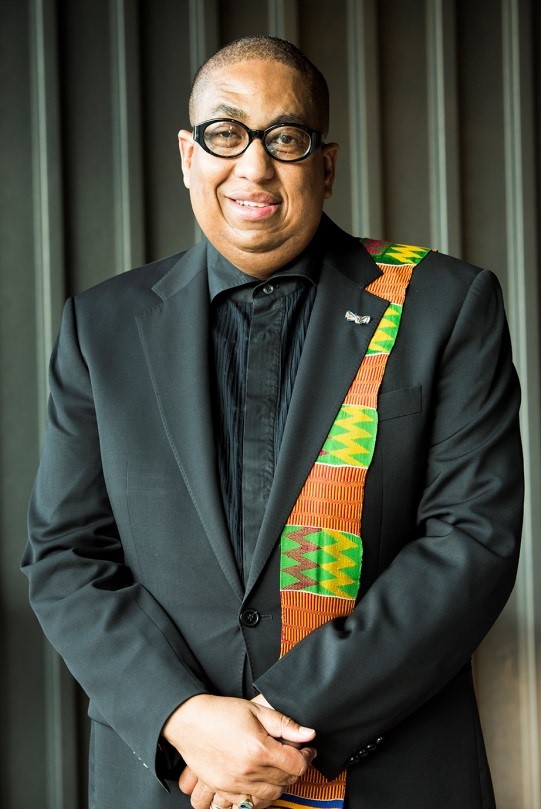 John Leerdam is an Afro-Dutch politician and theater director. Leerdam was born to African-descended parents on July 23, 1961 in the capital city of Willemstad, Curacao, an island dependency of the Netherlands in the southern Caribbean Sea. His father, John Arnold Walther Julius Leerdam was a police inspector and a native of Saint Kitts island while his mother, a native of Suriname of Portuguese, Jewish, and Creole extraction, was a store owner.

At eight years old on May 30, 1969, Leerdam was deeply affected when colonial policemen fired into a crowd of Shell refinery protesters in his hometown, killing two and wounding hundreds. Dutch troops were dispatched from the Netherlands to restore order. This experience would later inform his artistic work and political activism. After his parents divorced when he was 21, Leerdam relocated to the Netherlands to pursue his dreams in the theatrical production industry. He studied in Maastricht and later in Amsterdam at the Theaterschool (Theater School) where he graduated with a degree in theater directing. He soon began teaching drama and demonstrated a particular interest in the works of African-descended playwrights.

Between 1986 and 1996, Leerdam spent five years in New York City where he experienced Broadway and other theatrical venues. He earned a master’s degree in film directing and production at Columbia University and also studied at its School of International and Public Affairs.  He co-founded and became vice president of Kafu, the university’s pan-African network for film students and helped arrange the university’s first black filmmakers conference.  From 1992 to 1994, he became an assistant professor and was assistant program director at the Film Society of Lincoln Center from 1993 to 1995. Before returning permanently to the Netherlands, he received additional training at the American Musical and Dramatic Academy and the Tisch School of the Arts.  He also completed an internship with George Wolff of New York’s Public Theater. In 1996, Leerdam started work at the Komisch Theater (Cosmic Theater) in Amsterdam, becoming both its director and its first artistic director three years later.

Moreover, Leerdam engaged in racial reconciliation and dialogue via the arts in which he became a bridge builder and race relations consultant. By 2003, he entered politics by joining the social-democratic labor party, Partij van de Arbeid (popularly known as PvdA). He thus won an elected seat in the Netherlands Parliament. Serving two terms from 2003 to 2010, he became chairman of the Committee for Education, Culture and Science and of Kingdom Relations. He focused on the proper administration of the dependent Dutch Antilles, comprising of Aruba, Curacao, St. Maarten, Bonaire, St. Eustatius, and Saba Islands.

Leerdam continued a successful career in theatrical arts.  He directed a documentary on the 1969 Curaçao uprising and a play, The Tears of Den Uyl, that recounted the 1982 murder of 15 young political prisoners in Suriname. In 2006, he received the Lifetime Service Award from the Raad voor Kans in het Onderwijs (Council for Opportunity in Education) for his work, A Knight in the Order of Orange-Nassau.

Currently, Leerdam serves as partner at Bushwick-Venture Building & Impact Consultancy, chairman of the Dutch Caribbean support group OCAN, and project leader of the Black Achievement Month Netherlands. He also serves on numerous boards of foundations and organizations both in the Netherlands and abroad.

He lives in Amsterdam with his wife Roseline “Roos” Leerdam-Bulo.