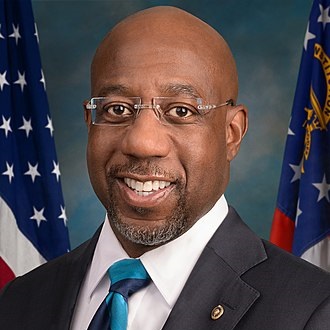 U.S. Senator Raphael G. Warnock was born July 23, 1969, in Savannah, Georgia. He had 11 brothers and sisters, and they lived in a housing project called Kayton. Housing “projects” are known for being low-income areas where mostly people of color live in poor conditions. Over his life he has accomplished many things, including making history by being the first Black man to represent Georgia in the United States Senate.

We live in a time where Black people are still having firsts. Any time a new door is opened, it creates a pathway to true equality and representation. Rev. Warnock brought us one step closer by becoming the first Black man elected as one of two of Georgia’s representatives in the United States Senate. His accomplishment will create opportunities for many more to come after him.

Reverend Dr. Warnock, who has earned two Masters degrees and a Doctorate (the highest educational achievement) continues to make history. In 2005 he became the youngest pastor to lead Ebenezer Baptist Church in Atlanta, Georgia. The same church was pastored by Reverend Dr. Martin Luther King, Jr. and his father, Rev. Martin Luther King Sr. Under his leadership membership grew quickly. In January of 2020, he decided to run for a seat on the United States Senate for Georgia. In November of 2020, during a special election, he advanced to a runoff by receiving a majority of the votes. On January 5, 2021, Rev. Dr. Warnock was declared the winner and became the first Black man in history to represent the state of Georgia in the U.S. Senate.

The United States Senate was formed May 4, 1789. To date, Warnock is now the 11th Black person to hold a Senate seat, and Georgia has become the 7th state to elect a Black person as its Senate representative. However, there still has not been any period where there were more than three Black Senators served at one time. With there being 50 states, and 100 Senate seats, each state that normalizes having a person of color sitting the seat brings us that much closer to having true representation in Congress and the Government.

As a country and a people we still have a long way to go in terms of political representation and having true equality where it matters. But every day a barrier is broken that shows us what is possible, and brings us one step closer to that goal.